Beyond a certain point, increasing the resolution of a smartphone game just doesn't have the same visual impact that it would on a PC or console. On a 24-inch monitor you can really see the difference between 720p (60 pixels per inch), 1080p (90ppi) and 1440p (120ppi). But on a smartphone screen, where even 720p can exceed the 300ppi density of a glossy printed magazine, you need good visual acuity just to be able to be spot further increases, and you need to be even more eagle-eyed for these increases to improve your overall game-playing experience.

What's more, PC and console games these days come with huge download sizes, reflecting the fact that they're packed with textures and other art assets that have been built to exploit high resolutions up to 4K and beyond. By contrast, developers building games for smartphones and tablets have to be much more careful about download size, rarely letting a game get above one or two gigs. This means that they must create an in-game art style that can look good with relatively simple assets and textures. Even when such a game is rendered at a very high resolution, at best all you'll notice is a slight reduction in jaggies and general pixelation, and this is usually only visible if you stare extremely hard, or use a microscope, or zoom right in on a tiny part of a screengrab.

Things are likely to change in the future, especially if we get to a stage where smartphones are more commonly used to drive big TVs and monitors (i.e. playing a role that a PC or console would play now), or when sophisticated PC-style games arrive on tablets with smartphone-class processors, when mobile VR games demand extreme resolutions in order to process independent images for each eye. But for now, resolution just doesn't have the relevance to mobile gaming that you might expect, especially given all the recent marketing buzz around super-high-res Android phones.

To back this point up, we've embedded a series of images from the Apple iPhone 6 (750p), iPhone 6 Plus (which variously renders games at 1080p or 1242p, but always outputs to 1080p), and the Samsung Galaxy S6 (which also renders games at different resolutions, but outputs to a 1440p display). These images represent the ten games in our current test basket, as of Spring/Summer 2015. (You can also download the original full-res screenshots.) 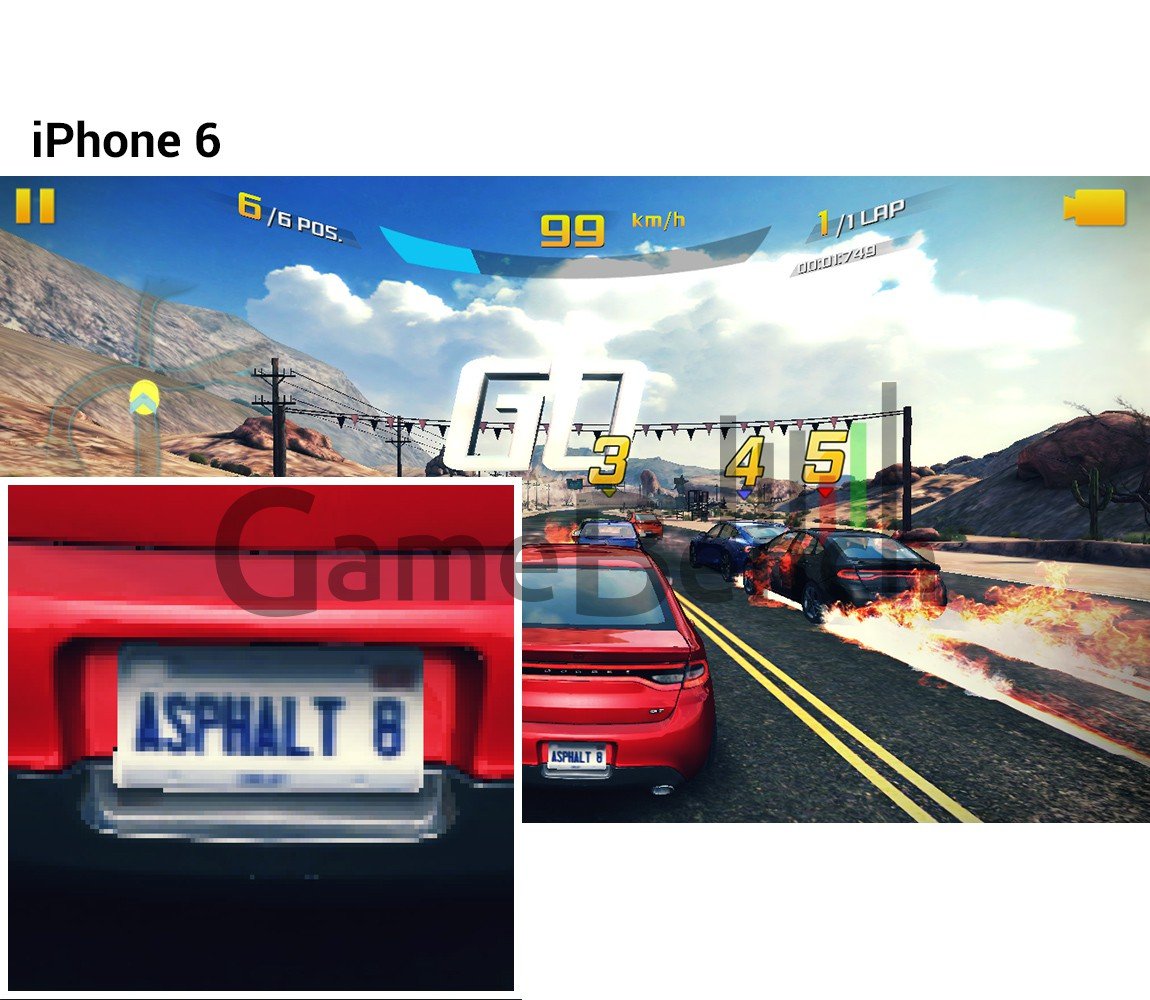 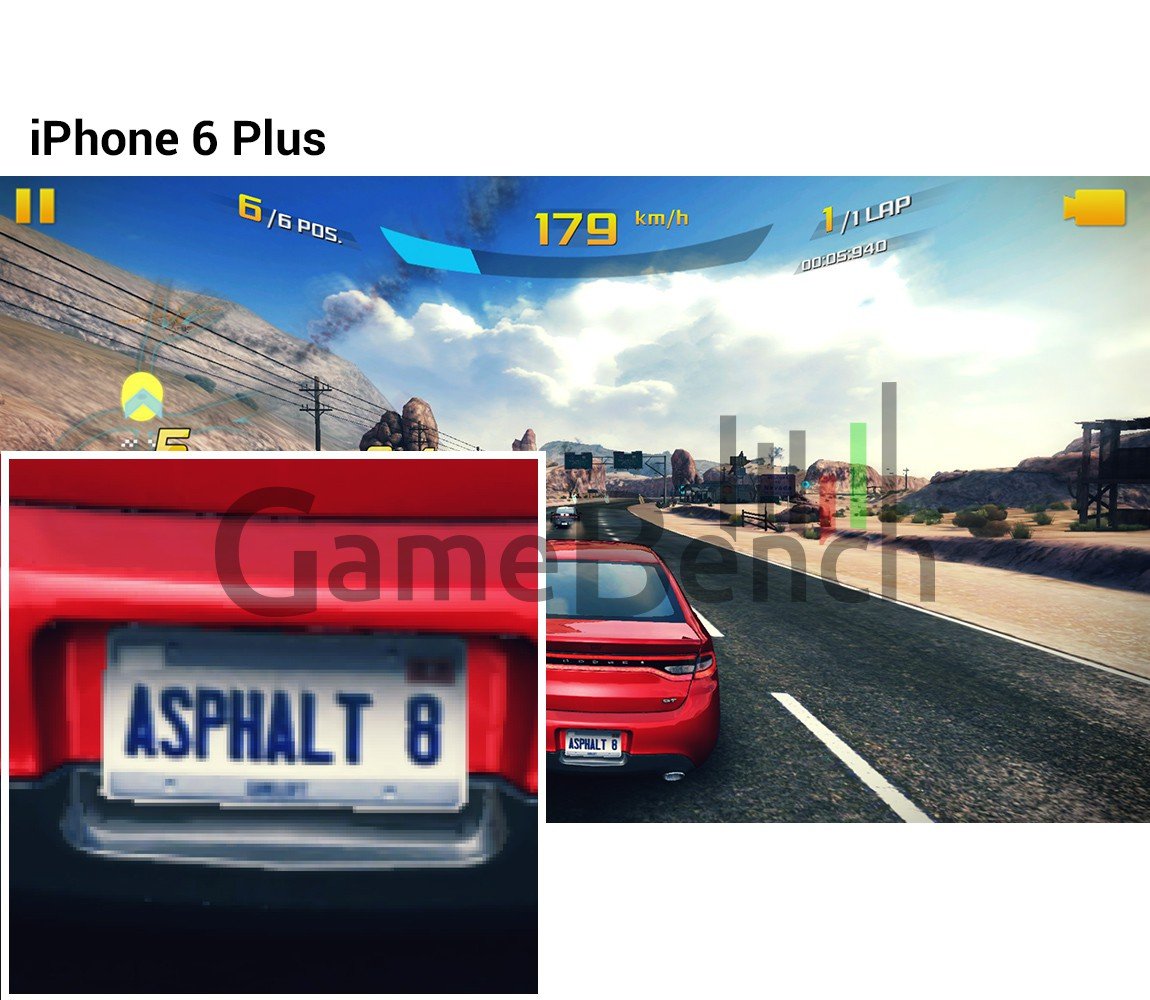 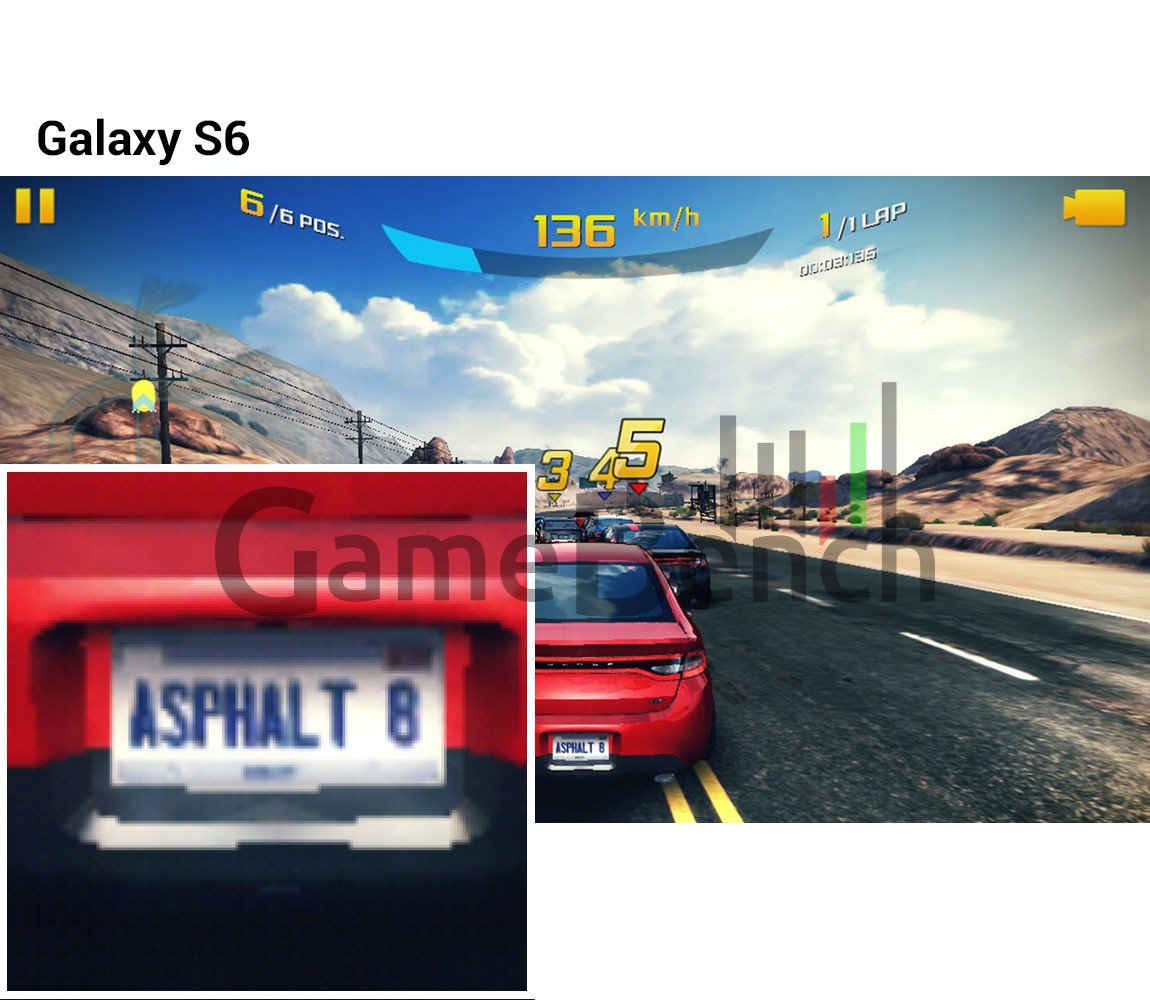 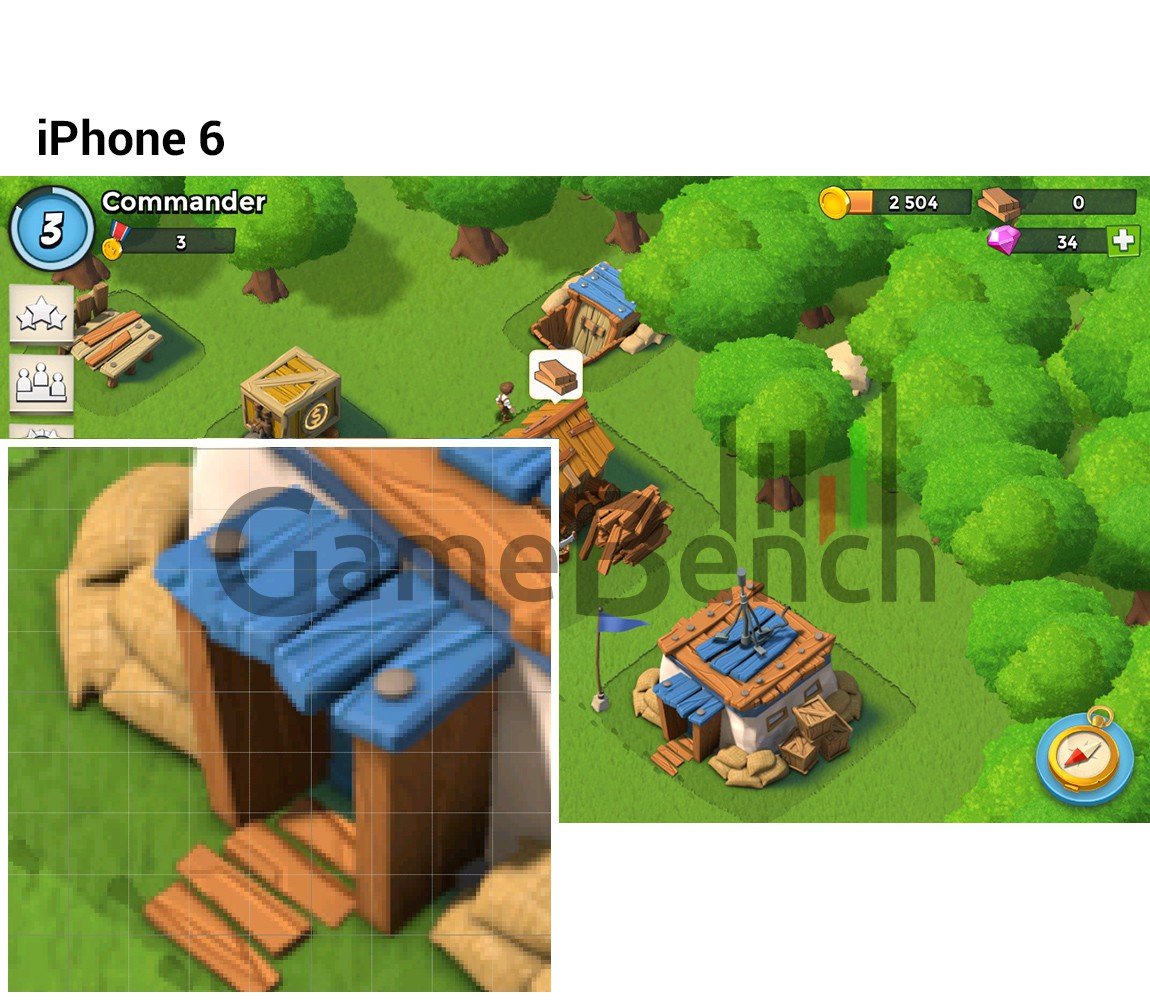 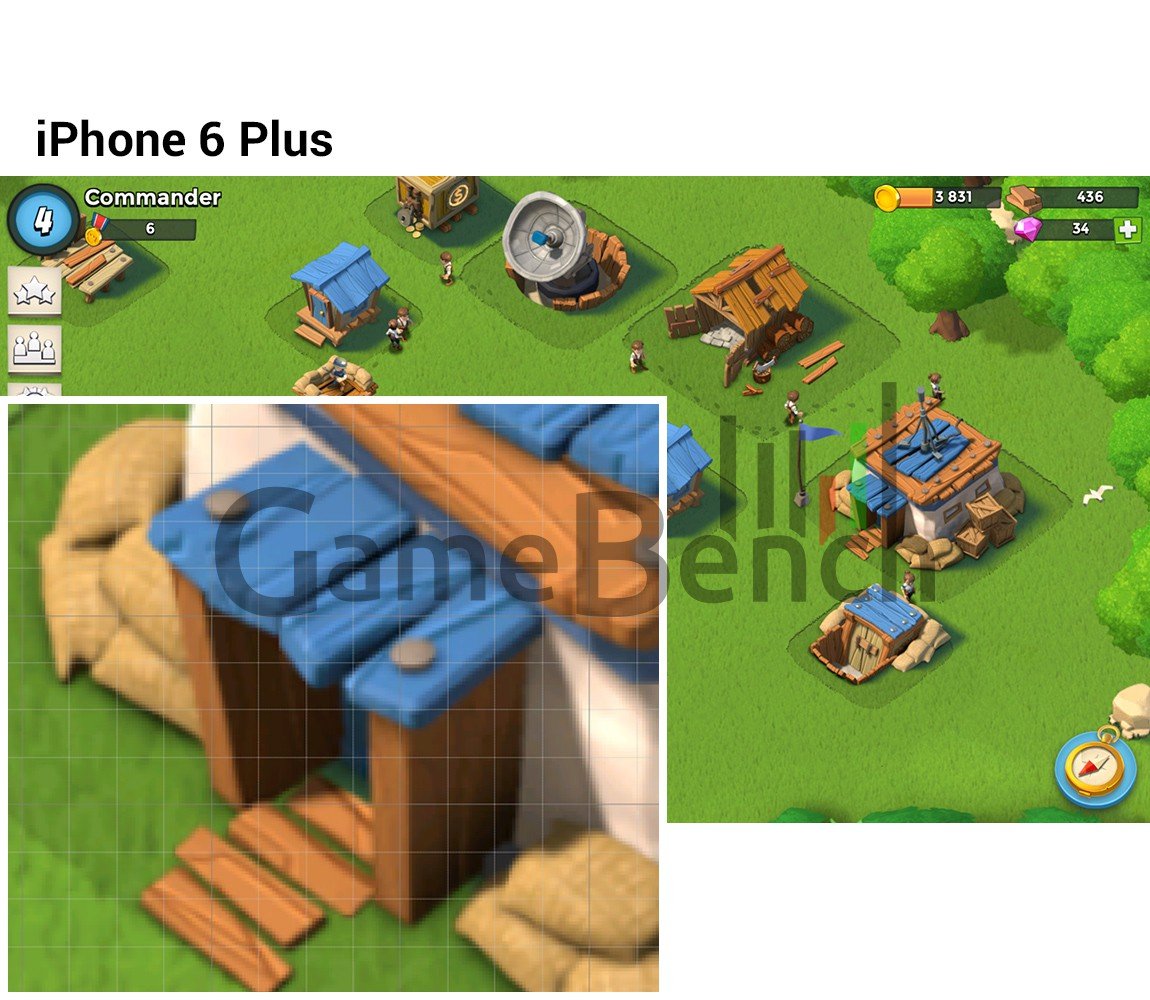 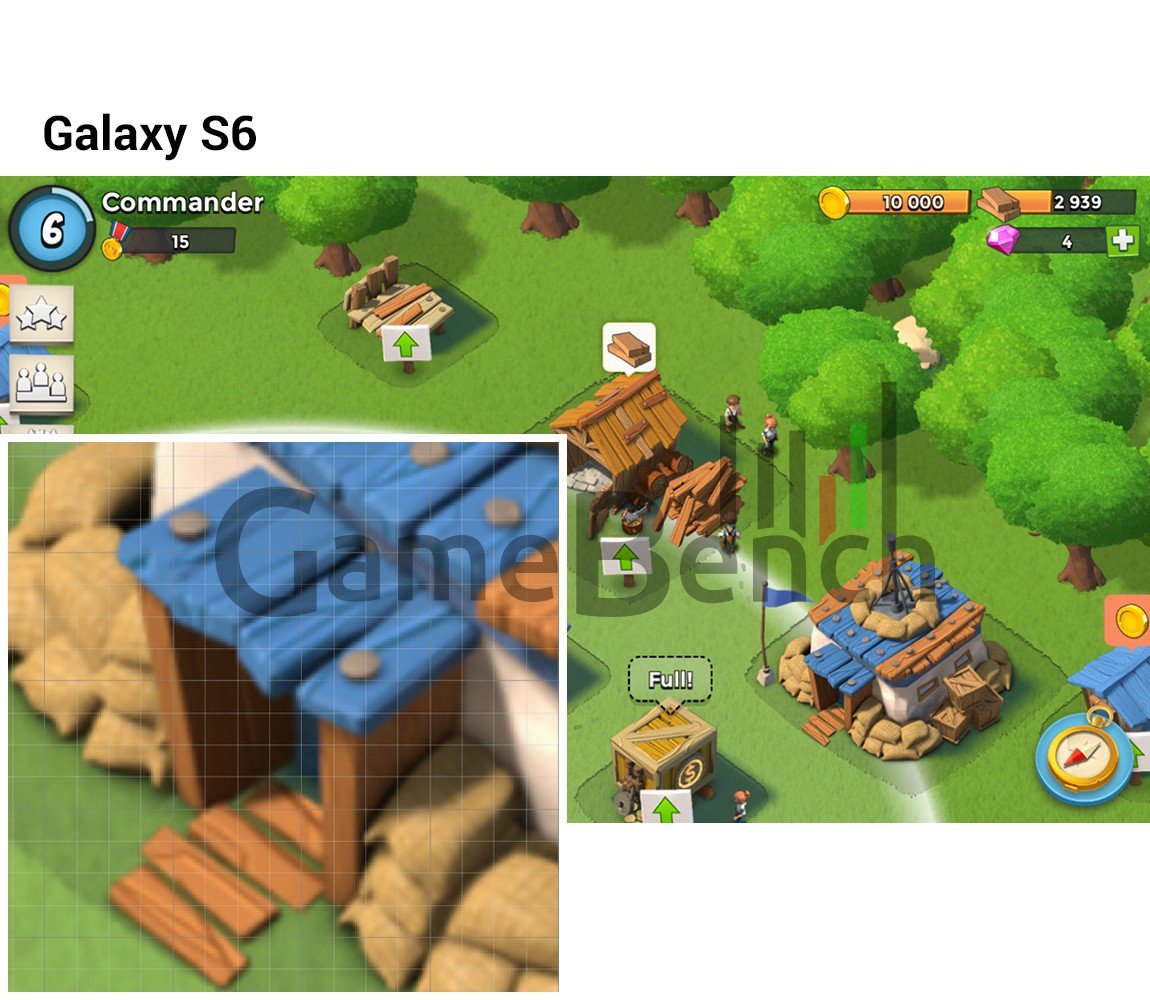 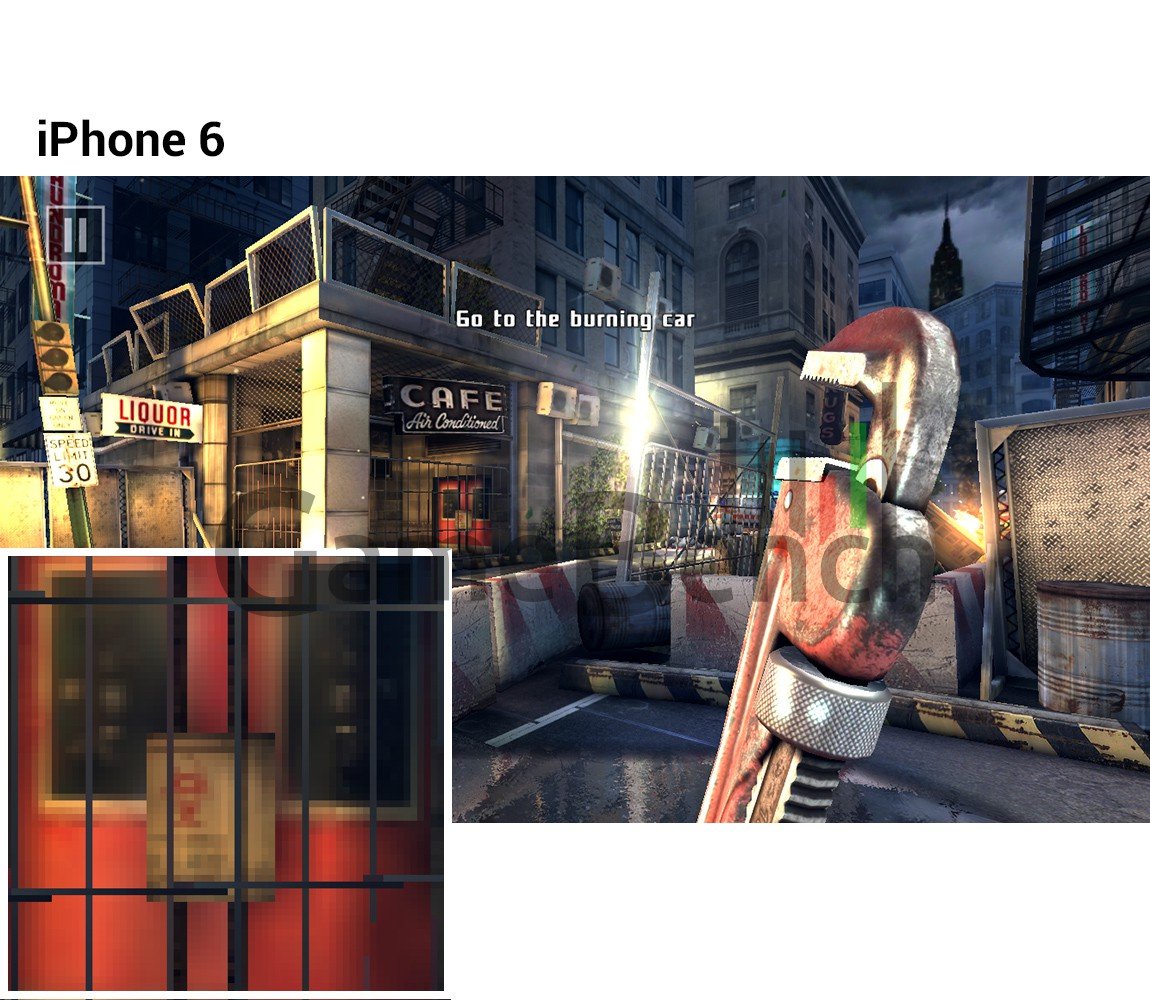 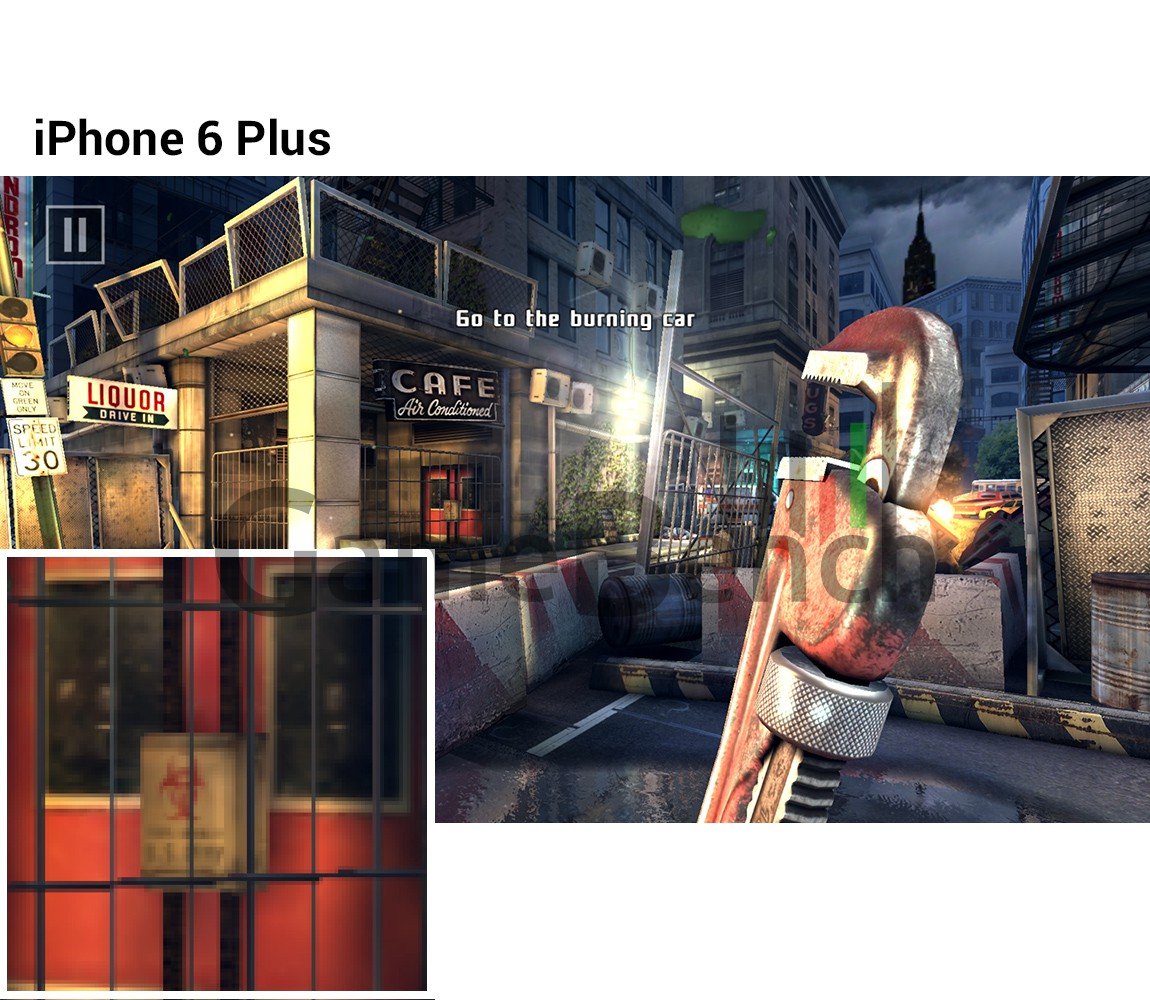 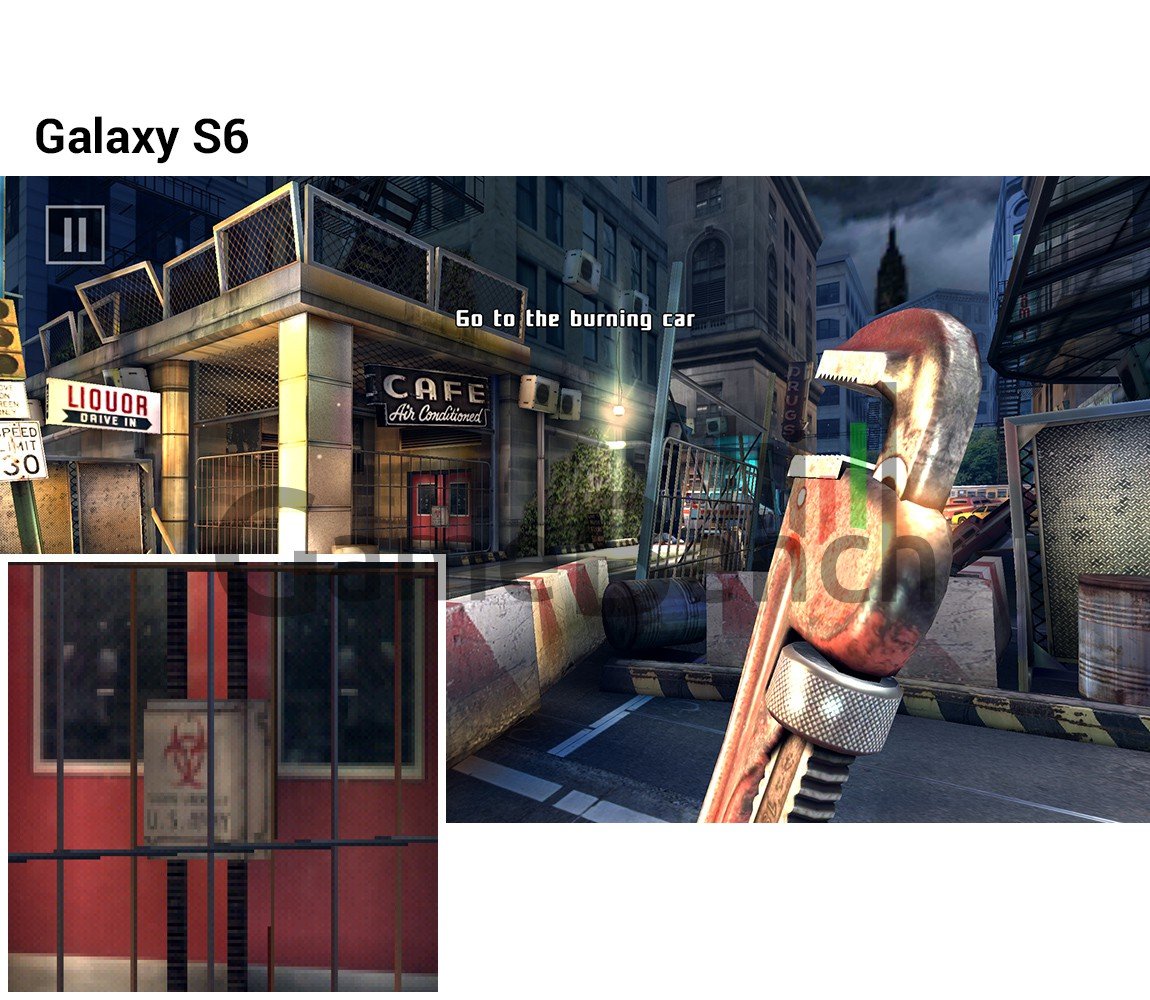 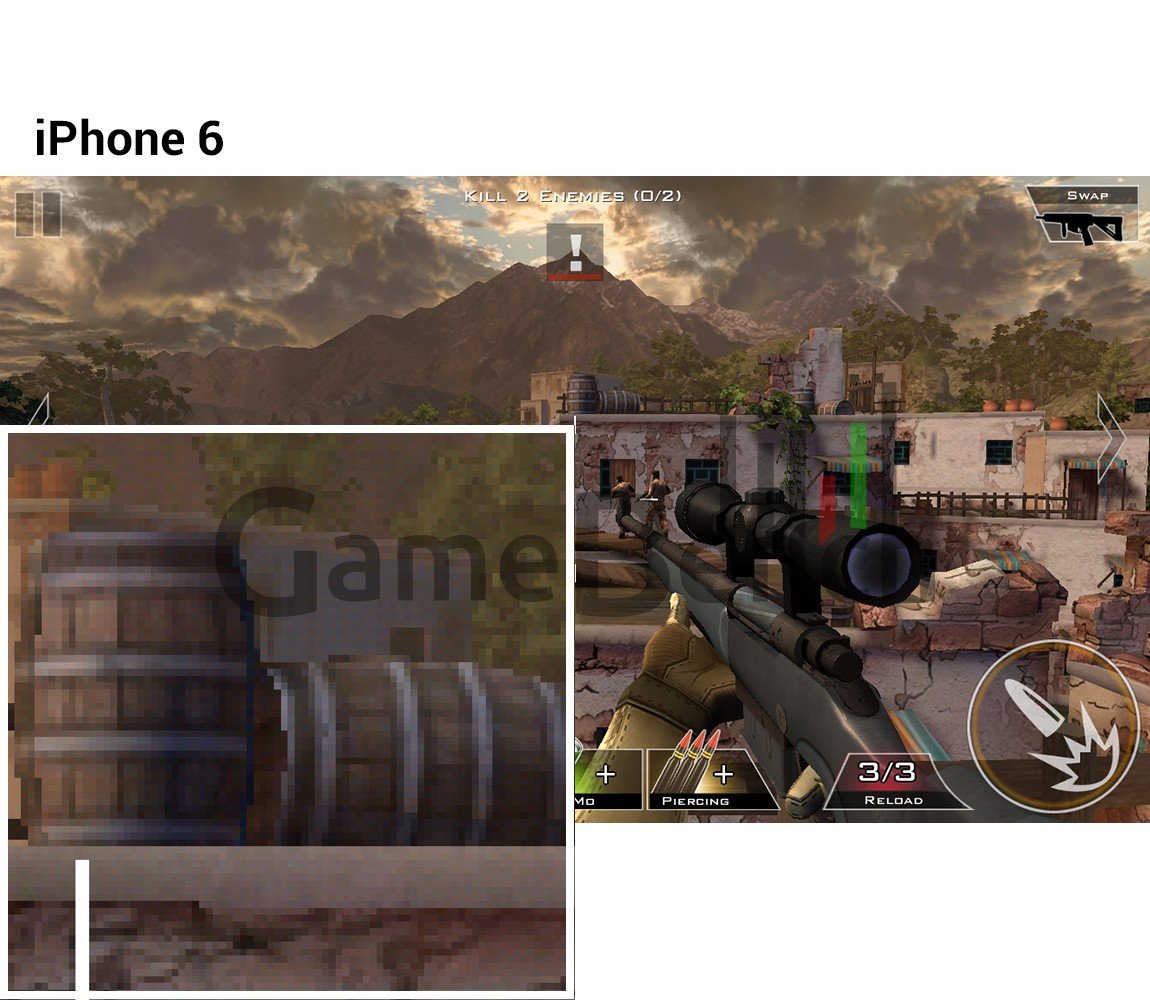 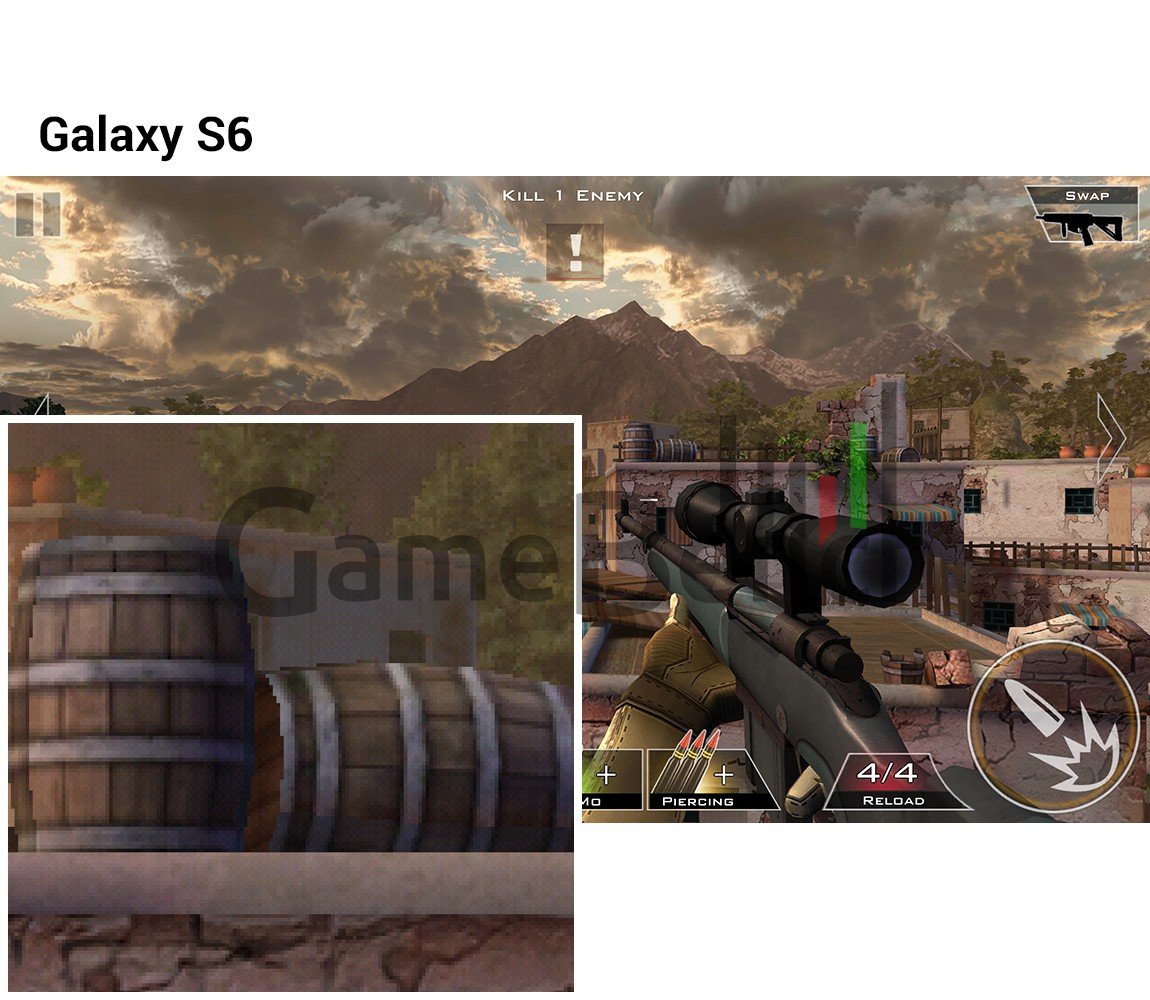 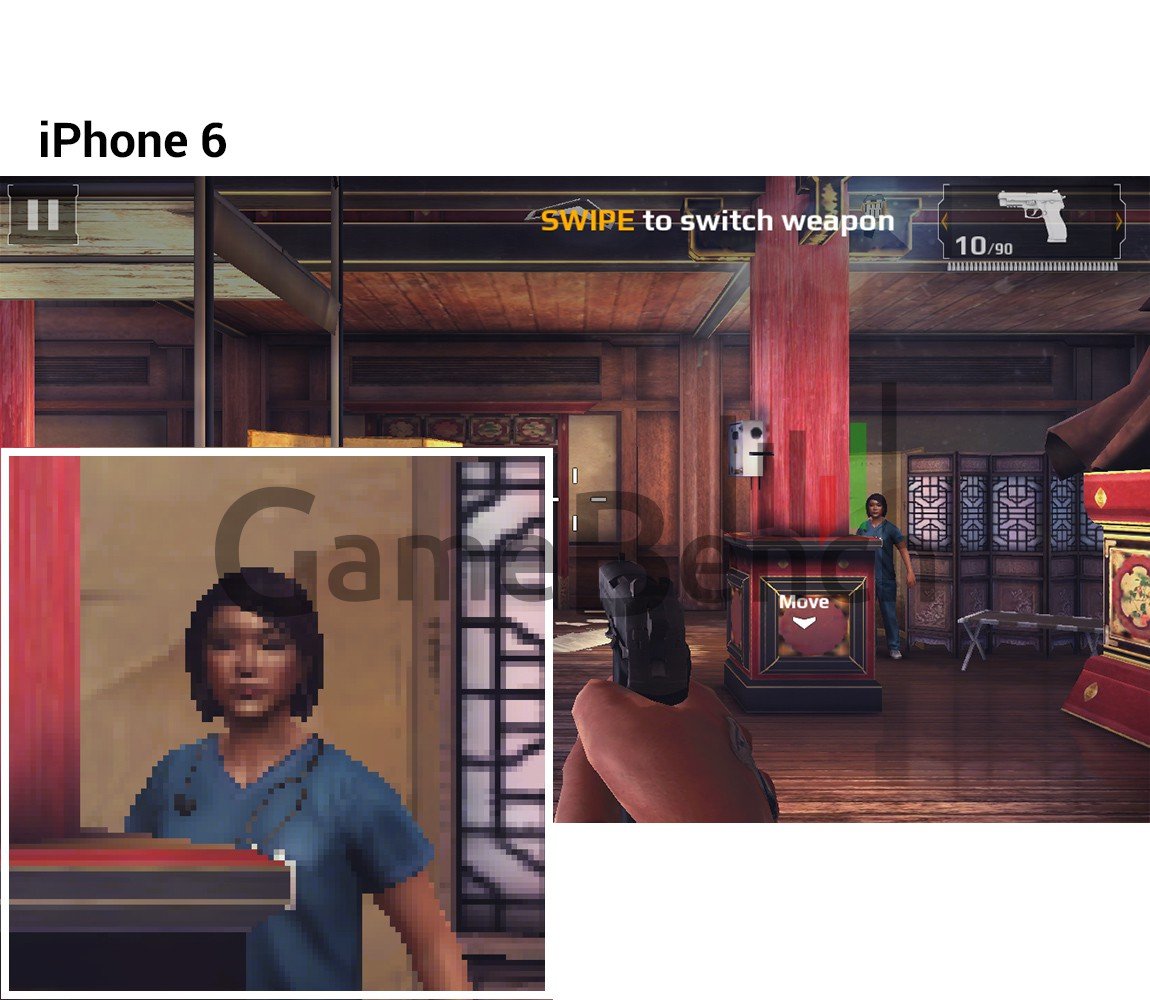 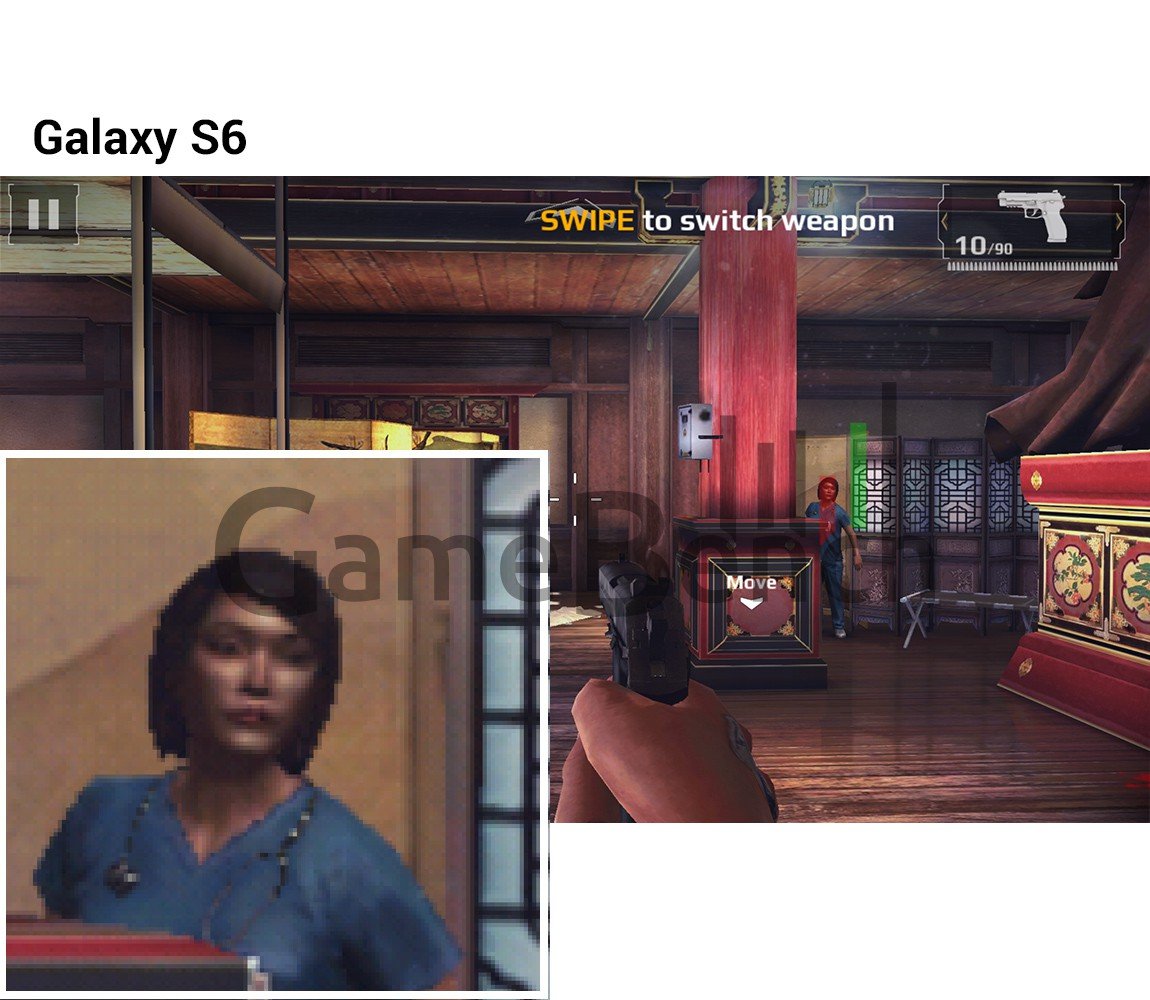 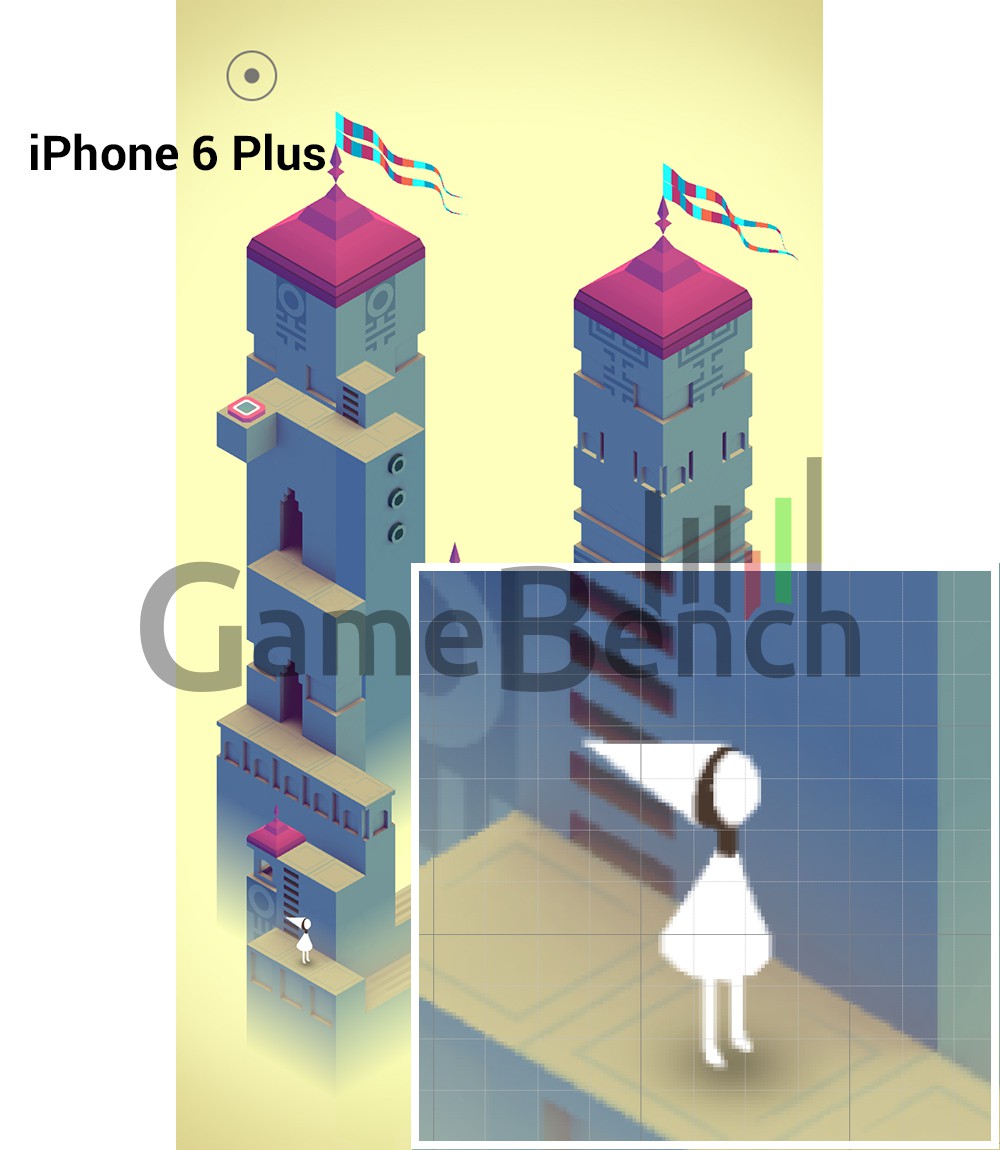 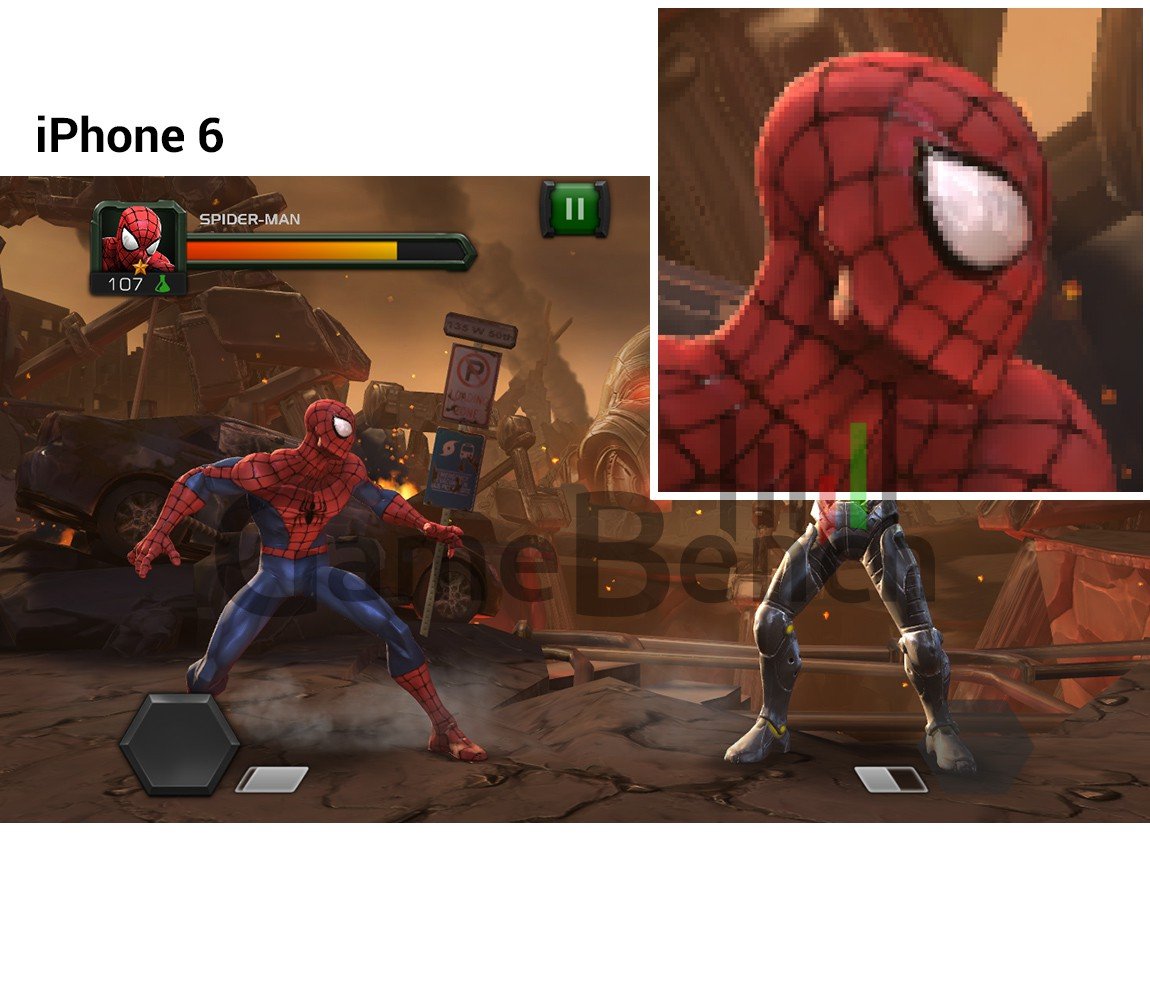 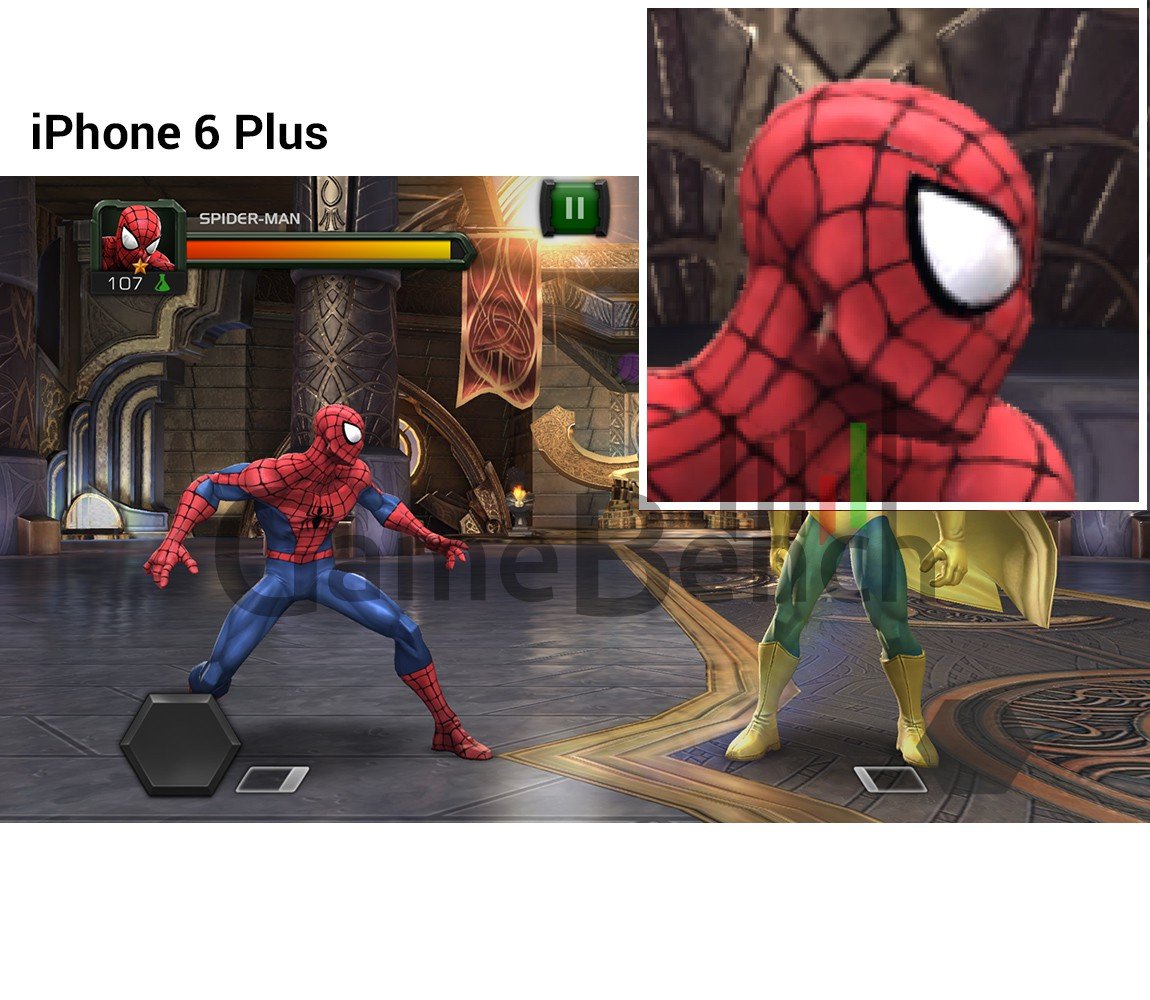 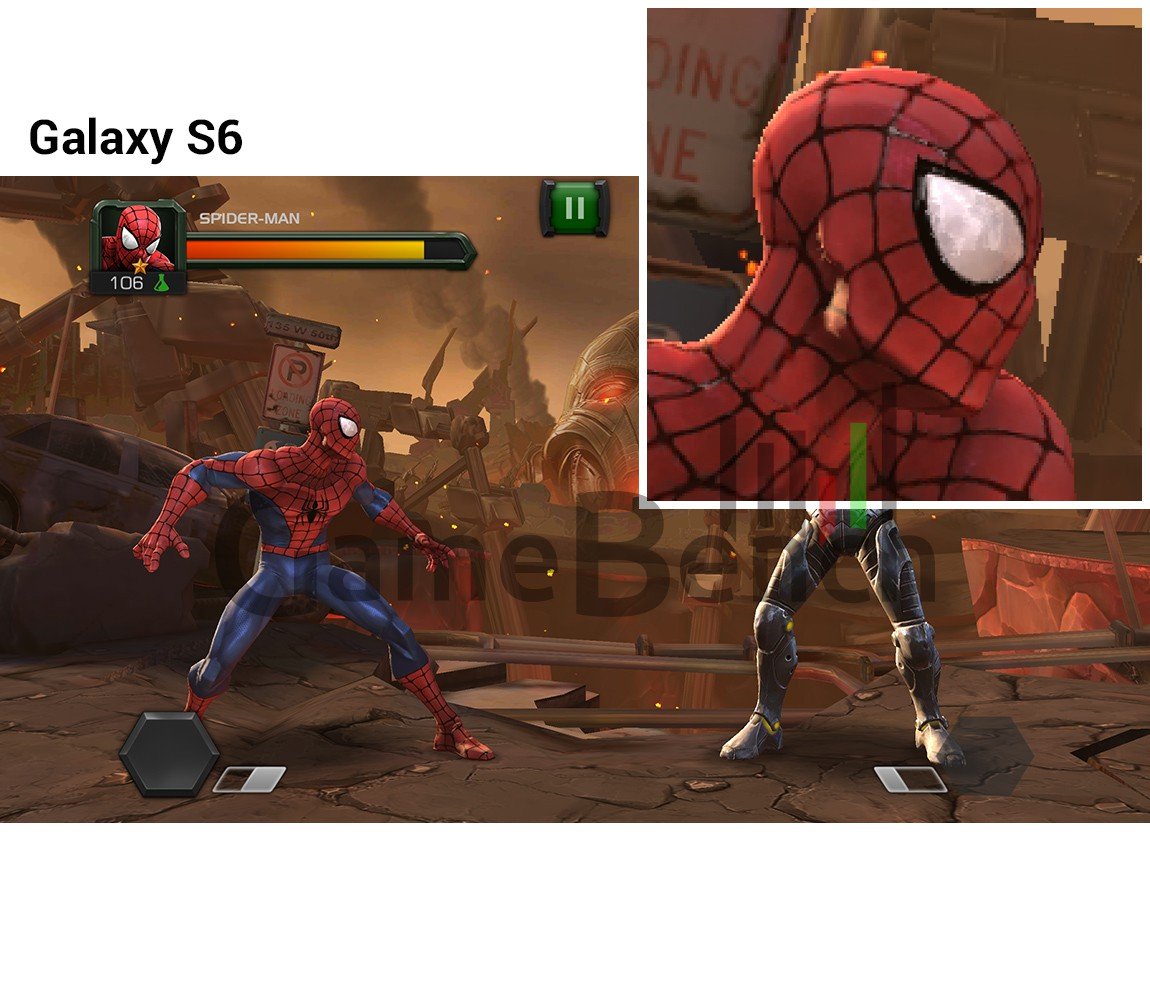 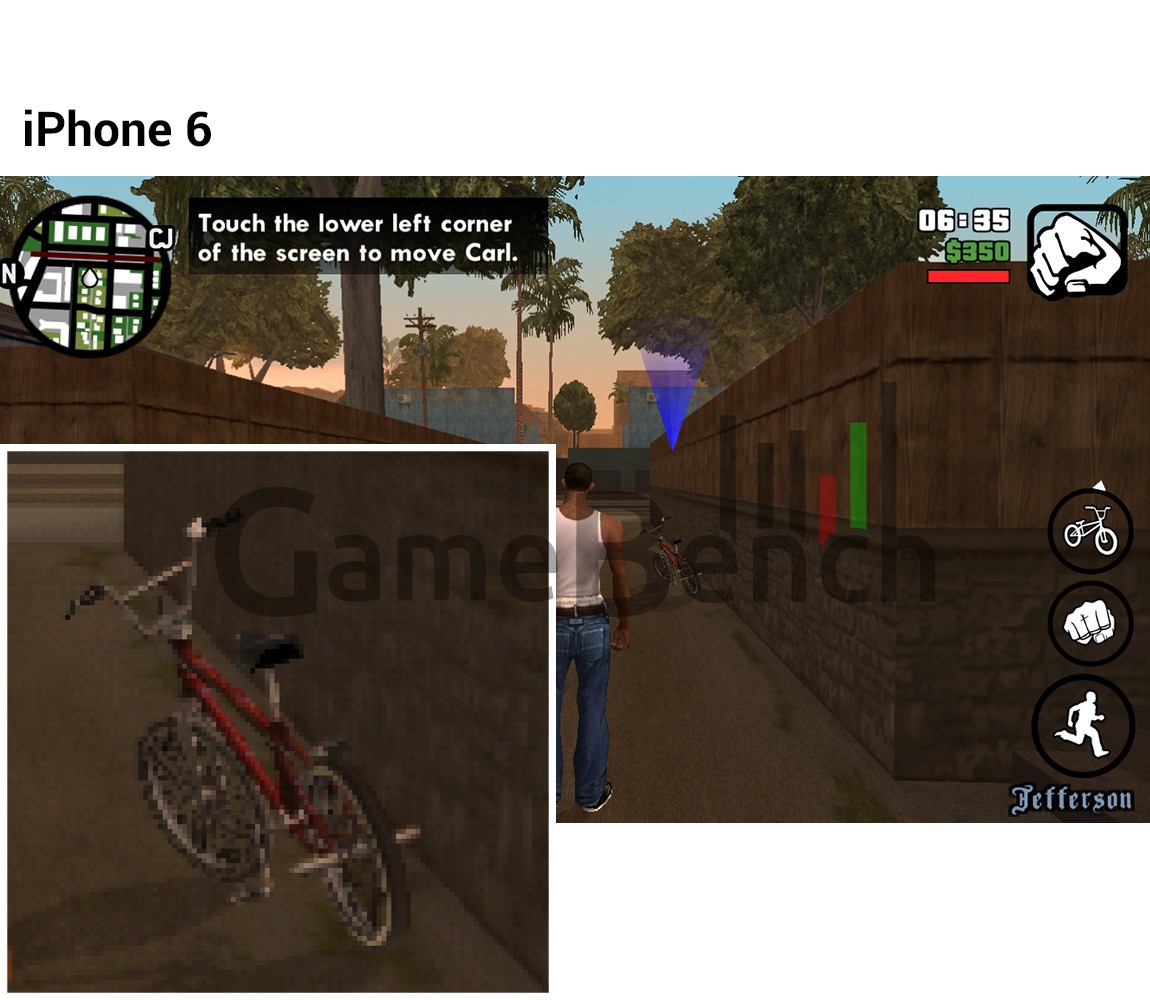 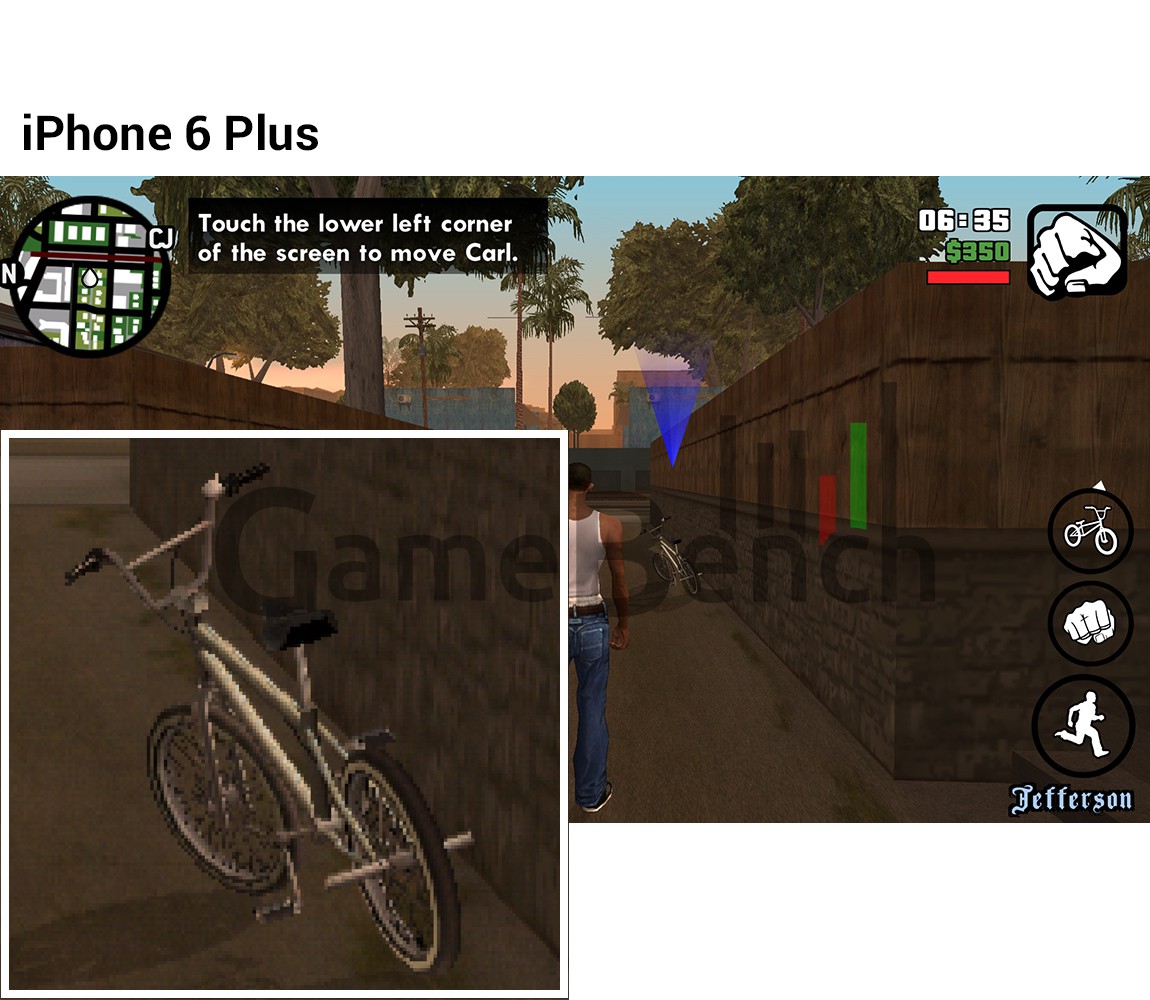 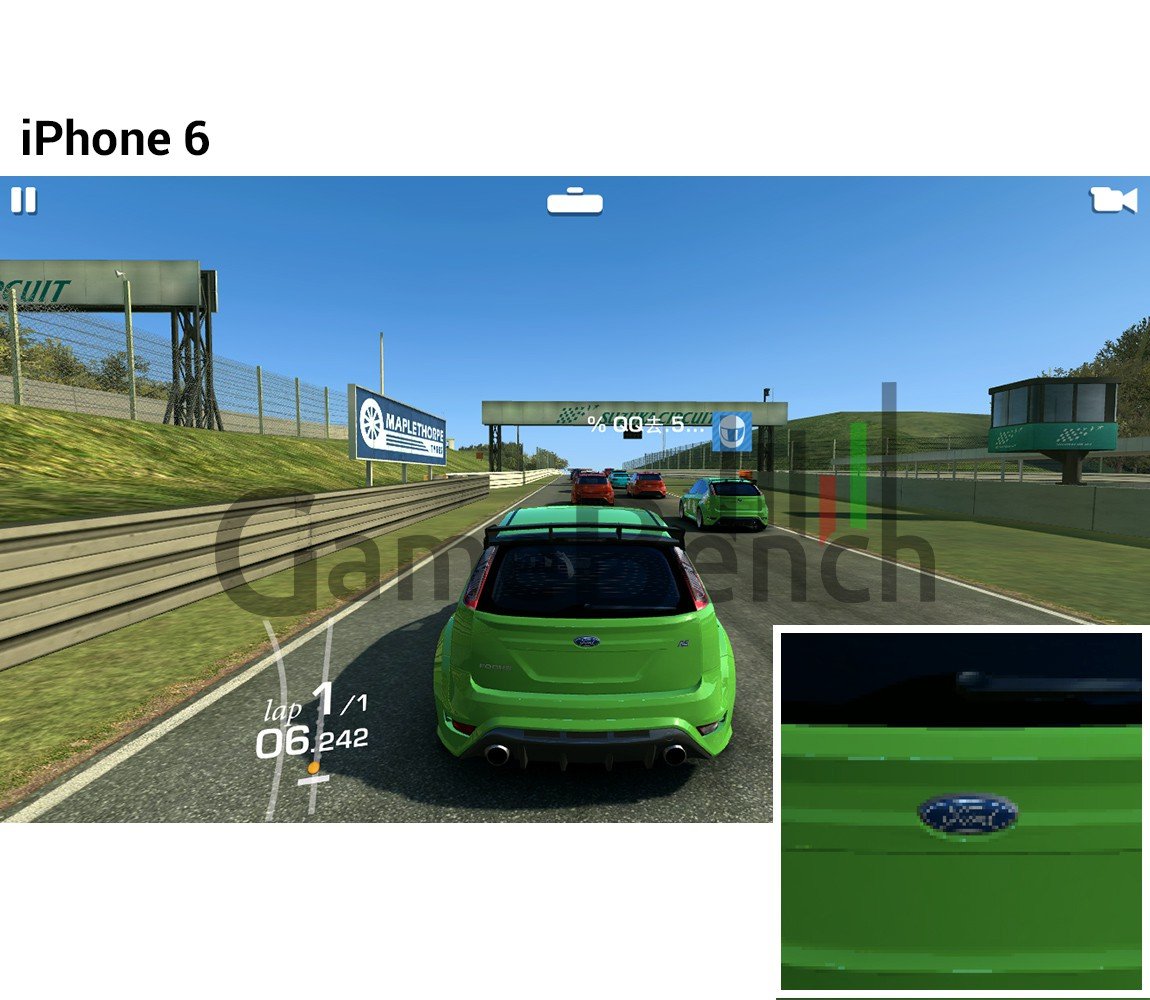 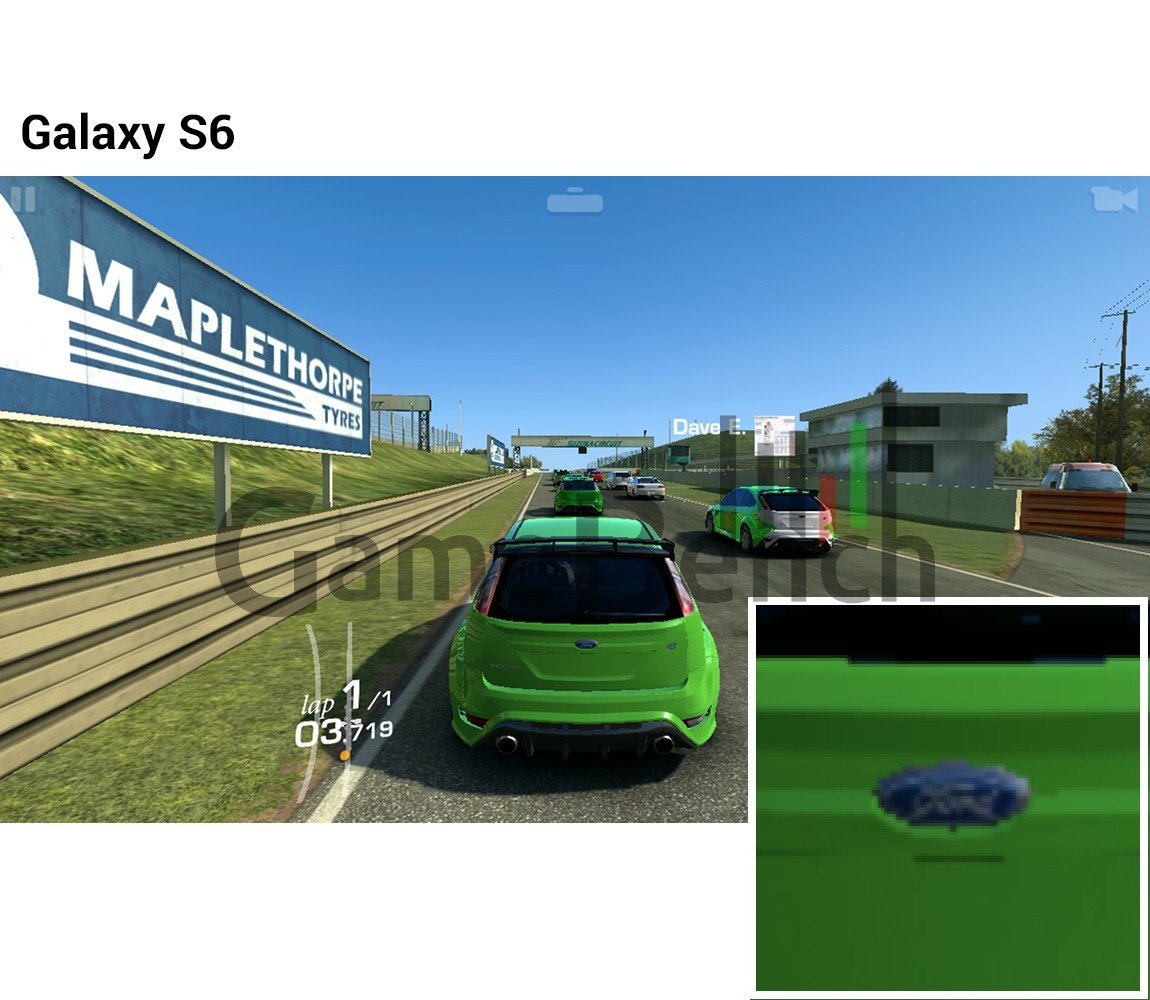 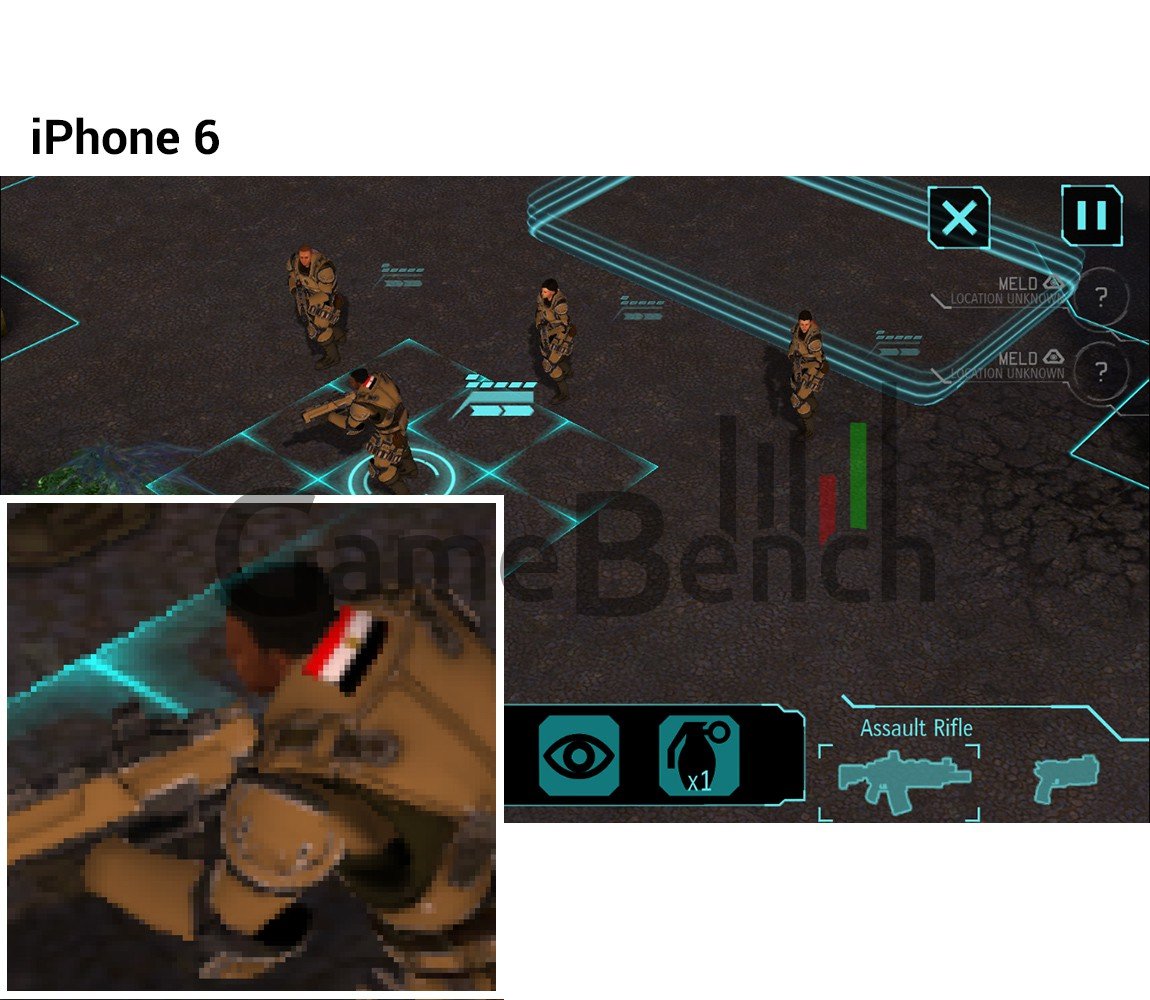 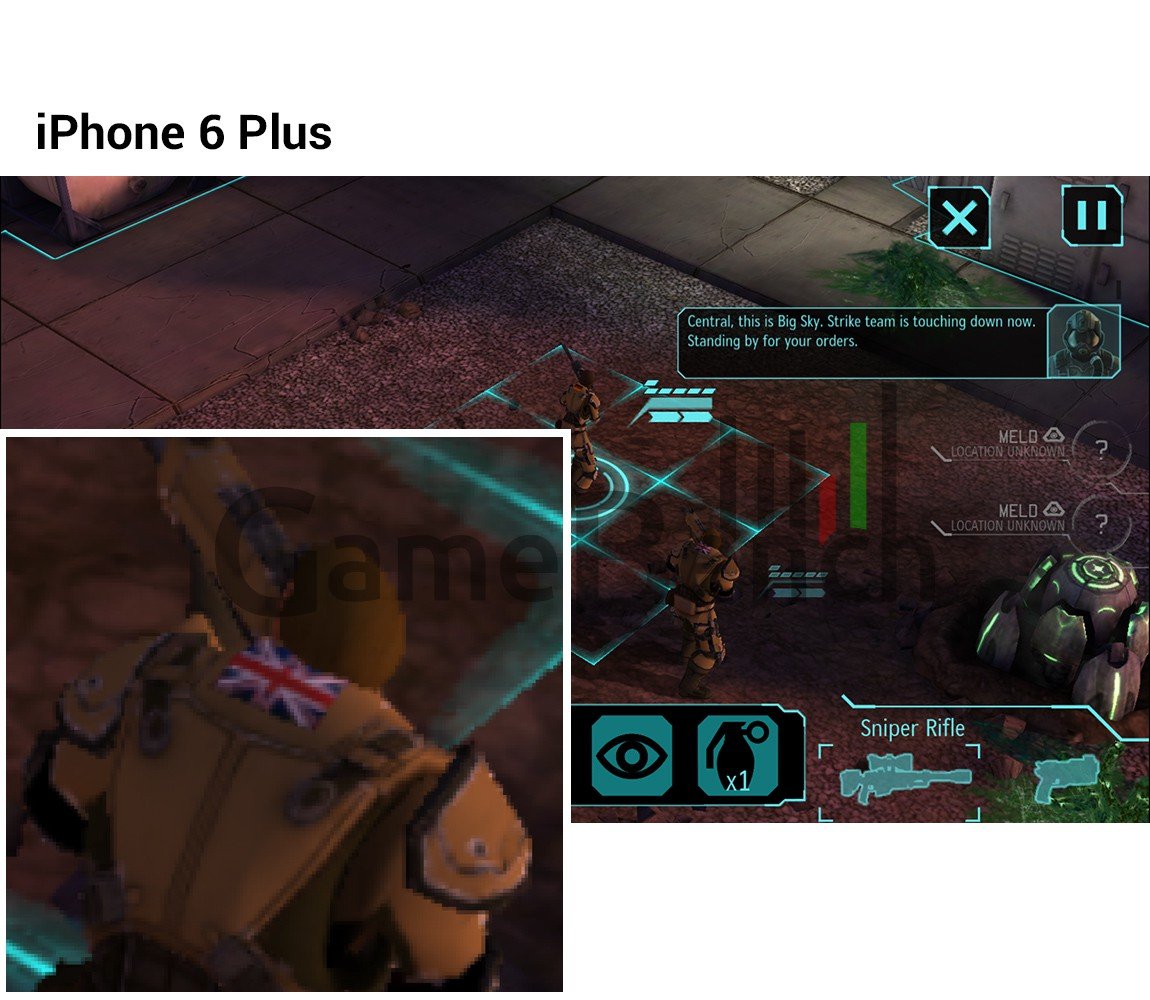 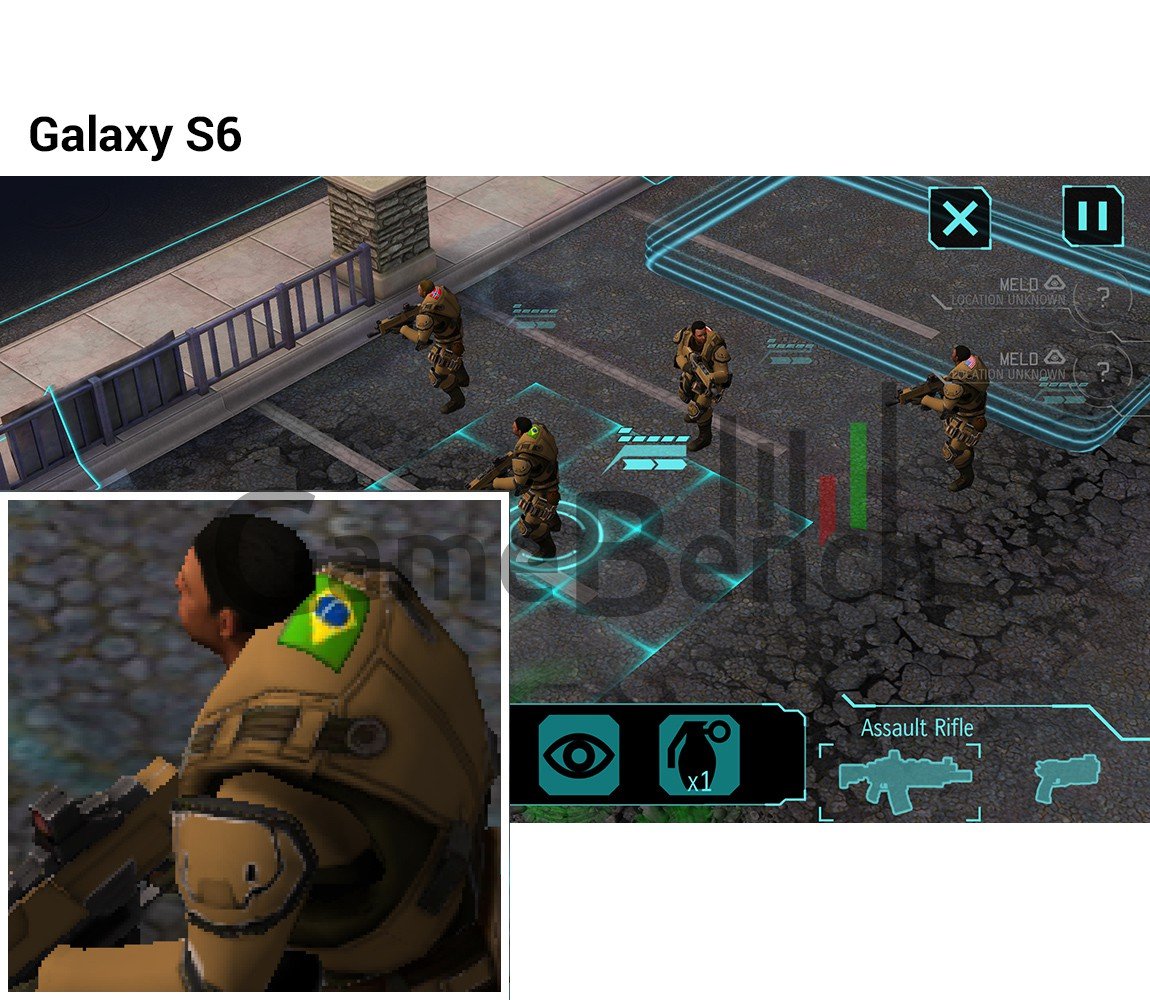