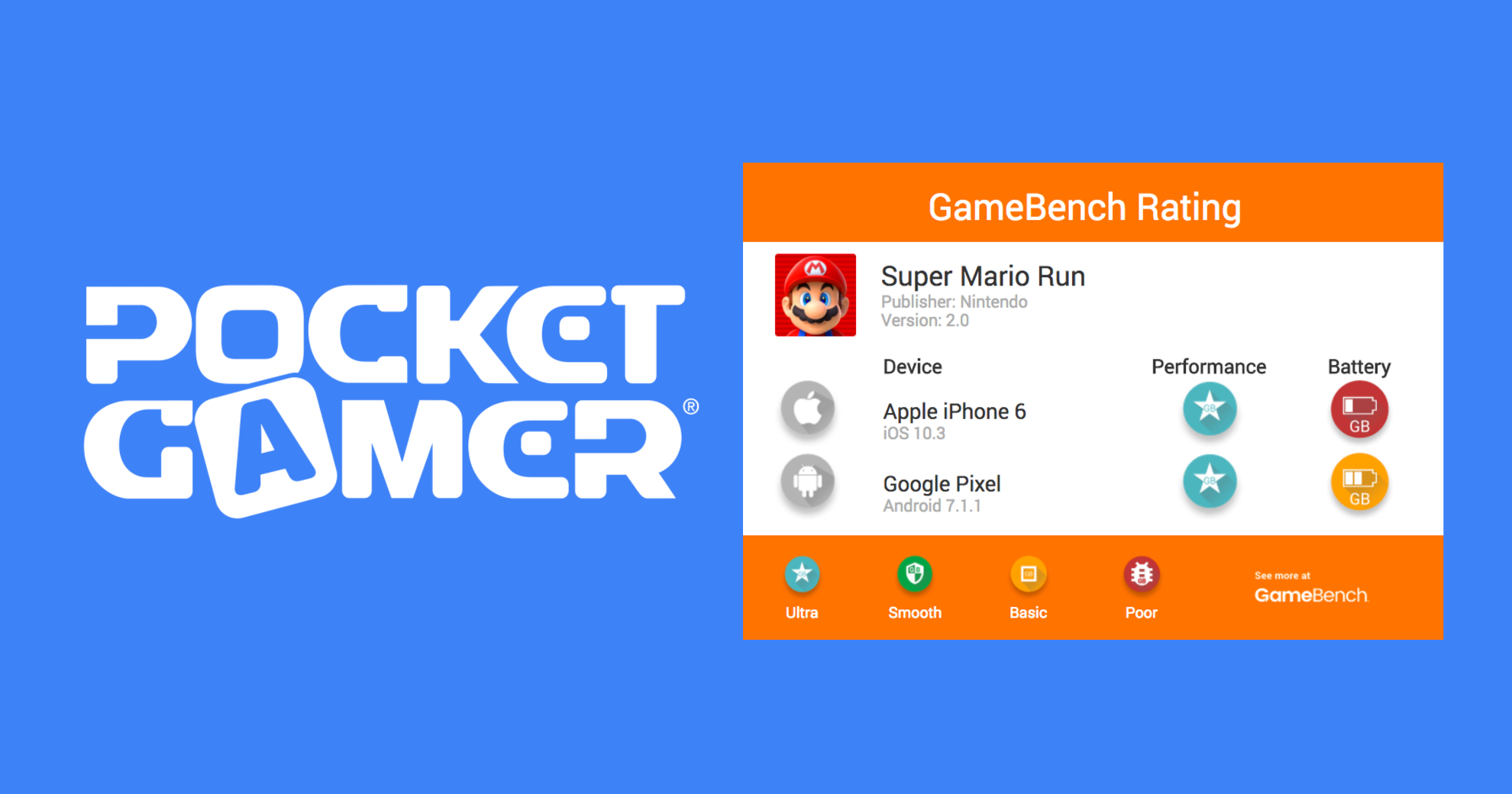 Today marks the launch of a first-of-its-kind partnership between GameBench and PocketGamer.co.uk, aimed at revealing real-world performance and power ratings to gamers before they make a purchasing decision.

Rather than just blindly upgrading to a new device, or investing time, money or storage space on a new game (even a freemium one), Pocket Gamer's readers will get an early warning on phones and apps that are liable to suffer from laggy gameplay or rapid battery drain.

What do the ratings mean?

When Pocket Gamer reviews a major cross-platform game, GameBench will test that game across a range of iOS And Android smartphones and display the results on Pocket Gamer's review page in the following format:

Here, the game Battle Bay is rated on the UK's two most commonly-owned iOS and Android phones: the Apple iPhone 6 and the Samsung Galaxy S6. The game gets an "Ultra" performance rating on the iPhone, which means it sticks very close to the maximum possible frame rate of 60fps. On the Samsung phone, Battle Bay gets a "Smooth rating," which means it can't maintain 60fps but at least manages to stick closely to 30fps or higher (the traditional minimum for decent playability).

On the iPhone 6, Battle Bay is a serious battery hog, getting a red badge that means it can't be expected to deliver more than three hours of gameplay on a charge. It's better on the Samsung Galaxy S6 though, delivering 3-5 hours of gameplay on a charge. Of course, this is necessarily just the game's fault -- the iPhone 6 has a particularly puny battery, and Battle Bay has much better longevity on more recent iPhones and Androids.

Here are some more Pocket Gamer reviews carrying the new GameBench ratings. Some of the ratings also show a rival game in the same genre, so you can compare between two similar experiences. We'll adding many more single and double ratings over the coming months:

Are these ratings for games or for devices?

They're ratings of both! You can't play a mobile game except on a mobile device, so the two things are sort of inseparable. Rather than trying to prise them apart, a GameBench Rating reveals the quality of what we call a "game-device pairing" -- in other words, how a specific game runs on a specific device or tablet.

Over time, however, as we collect many ratings, we'll aggregate them to provide a more game-centric or device-centric view of the data. For example, if games tend to deliver worse battery life on iPhones than on Android phones, or if they tend to better on Samsung phones than on Google Pixel phones, then you'll be able to see this in our data -- and we plan to publish rankings to highlight such patterns.

How can I see more data?

The simplest way to see more data is to click on the GameBench Rating card. This will take you to a page on the GameBench Reference Data (BETA) page, which will show you how a game runs across a wider range of devices, including older models, current flagships, and Chinese phones: 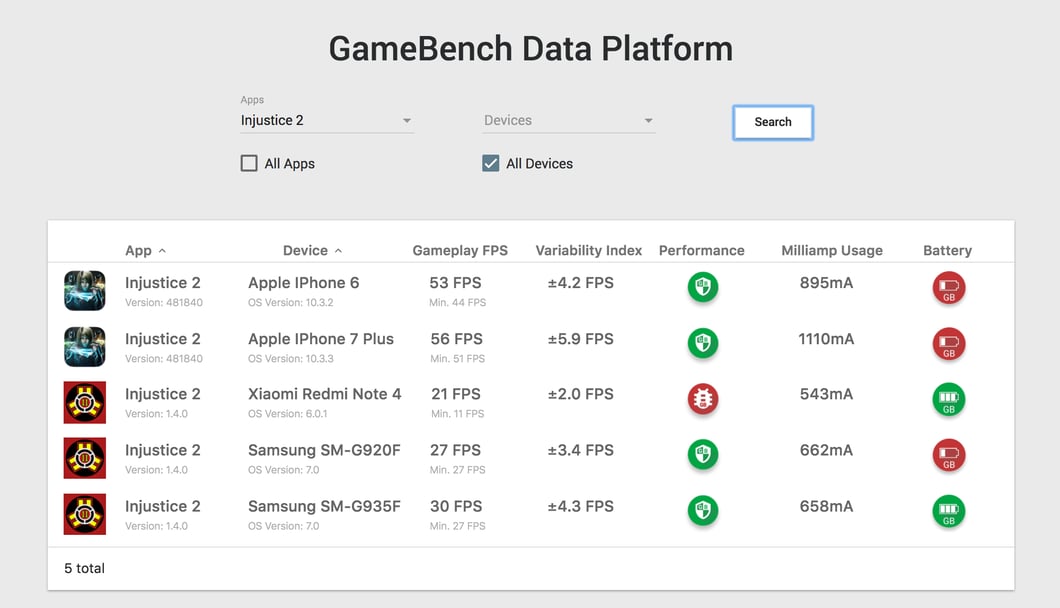 We're constantly adding more data for more devices and games, and we'll soon expose the underlying raw data to GameBench subscribers, so you'll be able to see exactly what is preventing a specific device-game pairing from achieving a better rating. Please

to receive key updates as we add new data and new features.

Finally, it's also worth mentioning that you can get all these performance and power measurements for yourself, for any game or device you're interested in, simply by using GameBench's profiling tools. We use exactly the same tools to determine our badges, following a strict methodology that you can follow too in order to get consistent results. Why not