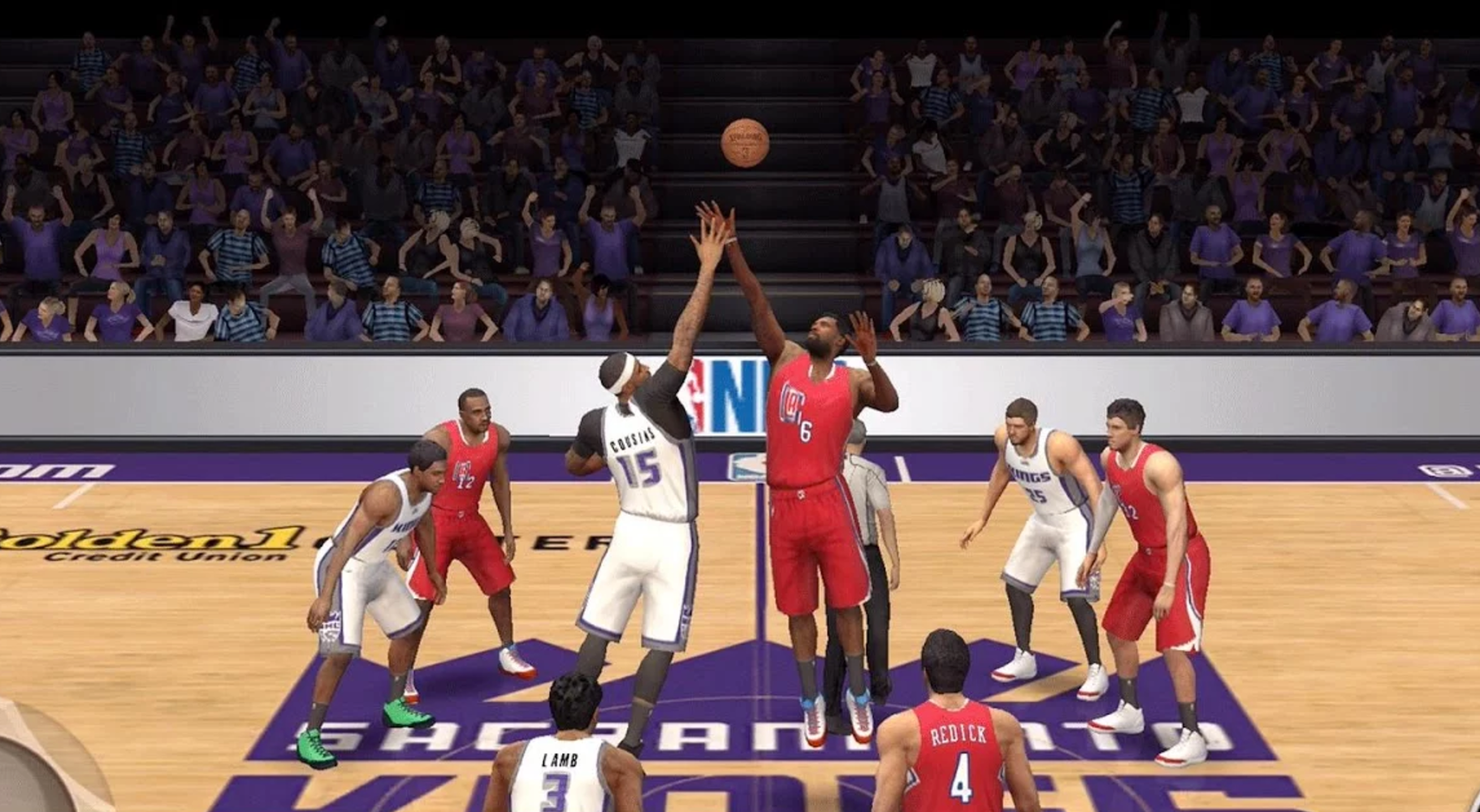 We recently heard some interesting stats for game studios, which came to us by way of a contact at Google:

Improving your Play Store rating from 3.3 stars to 4.1 stars is correlated, on average, with a gain of 150 percent in revenues.

Moreover, one of the best ways to achieve this improved rating is by optimising the speed and fluidity of your game, because 60 percent of four-star reviews mention this particular aspect of user experience.

Improving your Play Store rating from 3.3 stars to 4.1 stars is correlated, on average, with a gain of 150 percent in revenues.

A tale of two ballers

This link between optimisation and commercial success might sound simplistic, but it's actually quite easy to observe in practice, by looking at real games in the same genre and using tools like App Annie and GameBench to compare their revenues and optimisation respectively. So let's take two similar-looking basketball games: NBA 2K17 by 2K Inc. and NBA Live by EA Mobile. Both are available on iOS and Android, both take an engaging simulation-style approach to touchscreen basketball and both have impressive graphical detail. But that's where the similarities end.

Commercially, EA Mobile's basketball game has done well on both iOS and Android and still remains in the US top 50 highest-grossing games in both app stores. But 2K's rival product has lagged behind, particularly on Android, where it now fails even to make it into US top 200 grossing games.

A standard explanation of this revenue gap would be to focus on business models: EA Mobile's game is freemium whereas 2K's game is premium, so perhaps EA's approach to monetisation is just more effective. This might also explain why 2K struggled more on Android, where users are traditionally (and perhaps stereotypically) regarded as more price sensitive. Now, pricing probably is part of the revenue gap, but bearing in mind Google's stats about the link between revenues and reviews, there's also another, more explicit variable that is hard to ignore.

The fact is that NBA 2K17  gets worse user reviews on both platforms, receiving an off-putting three stars while its rival gets a reassuring four stars. iOS gamers complain about a broad mix of problems, including lots of crashes. On Android, there's a slightly narrower set of problems: I took a random sample of 30 reviews of NBA 2K17 from the Play Store and found that 13 of them complained about specific aspects of poor optimisation, including low-end graphics, laggy controls and excessive battery drain. A lot of the reviewers seem especially upset because they spent money to purchase the game. Is it so crazy to think that these opinions, if true, are linked to reduced user aquisition and reduced in-app sales to existing users?

GameBench performance analysis shows that these reviewers aren't making things up. Compared to its rival, NBA 2K17 tends to use up more resources (including CPU, GPU and battery) on both platforms, increasing the likelihood of a device become unstable and crashing.  Part of the reason for this excessive resource usage could be 2K's attempt to achieve 60fps animation, rather than capping the frame rate at 30fps (which isn't perfect, but ought to be sufficient for this genre of game).

On iOS, the top-end iPhone 7 Plus comes through relatively unscathed, delivering 60fps and receiving a "Seamless" rating for this game on our new product page. The older iPhone 6 noticeably struggles, but still gets an "Optimised" rating because it stays above the 30fps threshold for playability. On Android, however, many gamers won't even get to experience this bare minimum, so it's no wonder that they often complain of lag. Popular, high-specced devices like the Galaxy S7 Edge and Nexus 6 fail to maintain 30fps on default settings, so we've given them an "Unoptimsed" rating

EA Mobile has taken a very different approach to optimising NBA Live, targetting 30fps on all devices and sticking to this target frame rate religiously, while making good savings on resource consumption. As a result, and because 60fps is a luxury (not a necessity) in this genre, NBA Live has achieved an "Optimised" rating on all the devices we've tested.

Although the art and science of making profitable games is complex, this comparison of NBA Live and NBA 2K17 suggests that there can also be a very simple and direct causal relationship between poor optimisation (such as low frame rates and excessive resource usage) and poor revenues. It's only a very gung-ho game studio that expects to have one without the other.

Moreover, the causal link is only likely to get stronger in the future, as games get more ambitious (not least by making use of VR and AR), devices get more fragmented and app store curators become stricter in requiring evidence of good optimisation when choosing a game for promotion. The commercially savvy approach will always be to seek high review scores, and good optimisation will often be a sure-fire of achieving that.