GS7 Edge beats iPhone 7 Plus and rival Androids at Mario 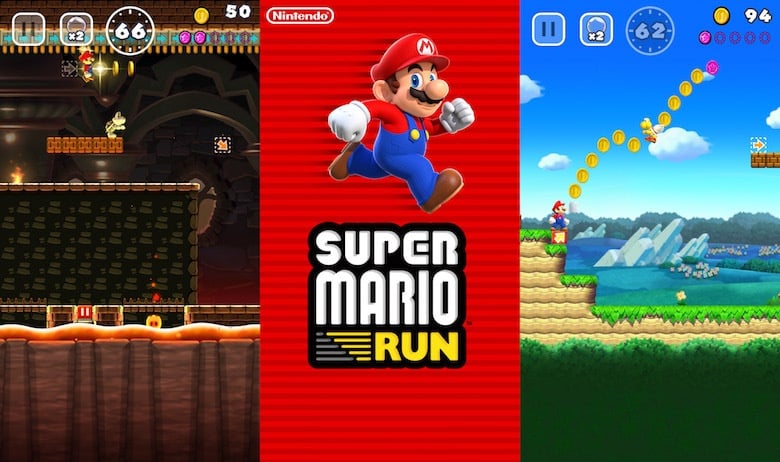 Don’t be fooled by the nostalgic graphics and simple gameplay. Nintendo’s new mobile title, Super Mario Run, is a real battery guzzler due to its blistering 60fps frame rate, high CPU usage and always-on network connectivity. This is true of both the iOS and Android versions of the game, but the impact on user experience (and hence potentially on user reviews and revenues) is more surprising on certain top-end Android phones. Let's take a look at some numbers...

We used GameBench to profile the same levels of Super Mario Run across a number of iOS and Android phones with matched device settings (the same display brightness and connectivity, minimal background activity etc.). We compared frame rates, resource usage and, for the first time, instantaneous power consumption (measured in milliamps, mA), which is far more reliable than the battery depletion statistics reported at the OS level. GameBench makes these power comparisons possible without any code changes, rooting, jailbreaking or physical alterations of the device, which allows us to maintain a real-world setting for our tests. Each session lasted five minutes and for power metrics we averaged the results of three sessions, with a 15-minute cooldown between each session.

Our results showed equally brilliant frame rates across iOS and Android flagship devices. The Galaxy S7 Edge delivered a fractionally lower fps reading than the other device (58fps instead of 59fps), but this difference was neglible so we're not going to spend any more time looking at frame rate numbers here.  (If you want to see some detailed frame rates, please head over to our Super Mario Run data page.)

Where we did see big differences, however, was in power consumption. The Google Pixel, HTC 10 and LG G5 all burned significantly more energy than the iPhone 7 Plus, even though they provided nothing extra in terms of gameplay. In general, we’ve noticed that games which consume battery life at more than 30 percent per hour tend to attract bad reviews for this reason, and Mario comes pretty close to this threshold on the HTC 10 and LG G5.

There’s only one Android phone we’ve measured so far that has proved able to keep up with Apple’s performance and energy efficiency, and that’s the UK version of the Galaxy S7 Edge. This Samsung device consumes milliamps at broadly the same rate as the iPhone, but it also has more milliamp-hours (mAh) packed into its larger battery -- which gives it a whole extra hour of expected gameplay time and, as a result, the top spot in our table below.

These results are surprising because Android versions of other casual games often use less energy than iOS versions, not more. Subway Surfers is one such example: it runs at the same frame rate as Super Mario Run, has similar mechanics and is based on the same game engine (Unity), yet it tends to be much easier on Android batteries. In other words, it’s likely to be Nintendo, rather than Android as a whole, that is causing excess power consumption.

We can only speculate about ultimate causes here, because we’re making real-world, whole-device comparisons that leave too many uncontrolled variables (including APIs, chipsets, OEM customisations etc.). Nevertheless, as the table below shows, Nintendo seems to be doing something that puts sustained pressure on Android CPUs, and particularly on the Snapdragon 821 CPUs that power the Google Pixel, HTC 10 and LG G5. This high CPU usage isn't necessarily due to any weakness in the Snapdragon chipset itself. It could just as easily stem from a lack of optimisation in the way the Unity engine is exploiting Snapdragon CPU resources, or from a lack of optimisation in the particular way Nintendo requires an always-on, anti-piracy connection between the game and its servers (even though GameBench shows that total network traffic generated by the app is actually very small). Alternatively, there might be a totally different variable at play that we haven't yet identified.

We've seen that Super Mario Run consumes battery surprisingly quickly on a number of premium Android smartphones, possibly as a result of the game's intense use of the Snapdragon 821 CPU. This doesn't apply to the UK variant of the GS7 Edge though, which has an Exynos chipset and turns out to be the best Mario device we've measured so far thanks to its combination of visual fluidity and gameplay longevity.

The iPhone 7 Plus handles the game very smoothly (marginally smoother than the GS7 Edge) and also very efficiently, but its smaller battery puts it into second place overall, with an hour less play time than its Samsung rival. Meanwhile, you can expect annoyingly quick battery drain if you have an older Apple device -- the iPhone 6 and iPhone 5 both suffer from a lethal combo of reduced efficiency and tiny battery capacity.

But battery life isn’t everything. The good news is that Super Mario Run compensates in other areas of optimisation, including very stable frame rates on most of the devices that we’ve tested. That's why we’ve given the game “Seamless” ratings on the iPhone 7 Plus, iPhone 6 and Galaxy S7 Edge on our Super Mario Run data page -- and it's probably also why so many gamers have praised Mario's graphics in their Play Store reviews. (Although the Nexus 6 stands out as the exception that proves the rule.)  We fully expect that positive feedback on graphical optimisation will continue to override any dissatisfaction with battery drain. However, we also suspect that Nintendo will find very little headroom if its future games or anti-piracy measures try to push Android CPUs any harder.

Over the next few months we'll be using GameBench to rate the optimisation of some of the most popular mobile games on iOS and Android. Sign up to get early access to the beta of our 'data platform' and see how your game compares to the competition and industry benchmarks.